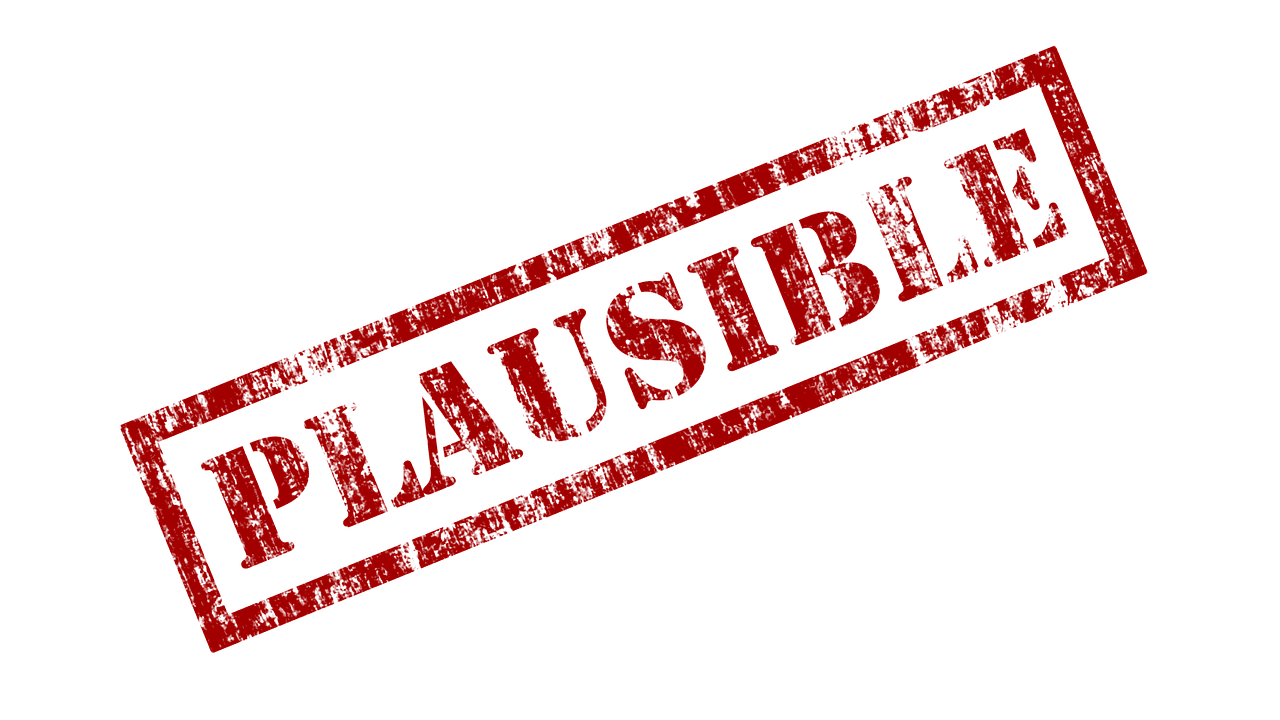 Plausibility is a big deal nowadays in almost every high stake patent case:

Does the application as filed in view of the common general knowledge at the filing date make it plausible that the invention really works?

This question addresses the sufficiency of disclosure requirement, Art. 83 EPC, when the alleged effect is recited in the claim (i.e. in case of a medical use claim).

Or, when the alleged effect is not recited in the claim, in assessment of the non-obviousness requirement; Art. 56 EPC:

Is it plausible that (essentially) all embodiments covered by the claim really solve the problem the invention allegedly solves?

Frankly, I am constantly struggling with all the hustle and bustle about ‘plausibility’.

What is it all good for?

‘Plausibility’ is nowhere mentioned in the law, and I question that the ‘plausibility’ criterion is sth that is really needed to come to ‘right’ decisions. Thus, I have eagerly awaited the VESPA autumn conference of 31 October 2019:

Expectedly, it was a phantastic event. Lara Dorigo (Lenz & Staehlin), Prisca von Ballmoos (Merck Group) and Els Cielen (EPO) shed light on the issue from various perspectives. But still, I am struggling with the over-emphasis on ‘plausibility’ in recent times.

Sufficiency of disclosure is all about the basic trade-off in patent law: In accordance with Art. 83 EPC, the invention has to be disclosed in the application as filed

for that it really provides a contribution to the art in a way that enables the skilled person to carry out the invention later, when the patent has lapsed.

Lara rightly pointed out that ‘plausibility’ is frequently associated with the necessity of including data in the specification:

I have at least two issues with that.

First, the EPC in no way requires data or experimental evidence, and I am convinced that one must not introduce such a requirement through the backdoor. An ‘armchair invention’ is perfectly fine. If an inventor correctly anticipates that his invention will work in practice, and the skilled person is enabled to carry out the invention based on the information given in the application as filed and in further view of the common general knowledge, I fail to see any issue under Art. 83 EPC.

And, second, there is just no basis in the law to only trust in god but not to trust an applicant. If there is a firm statement in the application as filed concerning a certain effect being achieved, I cannot see how that could have been held ‘not plausible’ per se. Unless, of course, there are indications to the contrary. But if that is not the case, then a mere statement w/o any data or experiments should suffice, in my opinion.

Problems typically arise with (overly) broad claims and/or very vague specifications. No applicant / patentee should be surprised to get in trouble in such cases. But ‘plausibility’ is not the real issue, in my perception. I feel that the problem in such cases is rather that the invention just cannot be worked by the skilled person without undue burden. The ‘undue burden’ criterion is established in the case law and EPO practice since ages, and it would well be sufficient to sort out those cases that only confront the skilled person with some indications of how to set up a research program in the hope to finally make the invention. A prime example in this respect is T 609/02 — Salk Institute / AP-1 complex (HTML | PDF), specifically referring to the ‘undue burden’ criterion in ¶ 12. Consequently, the Board held that the alleged invention was insufficiently disclosed.

No need to fiddle around with ‘plausibility’ in such cases.

T 939/92 — AgrEvo / Triazoles (HTML | PDF) is mostly referred to as the origin of all ‘plausibility’ discussions. Interestingly, though, T 939/92 is silent about ‘plausibility’. It rather uses the term ‘credibly’. In a nutshell, T 939/92 had held that an ambitious technical problem (herbicidal activity) could only be taken into account if it could be accepted as having been solved, i.e. if it would be credible that substantially all claimed compounds possessed this activity — which was clearly not the case here.

Now, let’s have a look at the most controversially discussed case T 488/16 — BMS / Dasatinib I (HTML | PDF). The alleged effect was not recited in the claim; the single claim at stake was a straight forward compound claim:

Sufficiency of disclosure was not an issue; the alleged effect is not recited in the claim. ‘Plausibility’ was thus dealt with by the Board in the assessment of inventive step. The Board held in ¶ 4.9:

In the board’s judgement, it is not acceptable to draw up a generic formula, which covers millions of compounds, vaguely indicate an “activity” against PTKs and leave it to the imagination of the skilled reader or to future investigations to establish which compound inhibits which kinase and is therefore suitable to treat the respective diseases associated therewith. In this context, the board notes that it has been acknowledged by the appellant that the skilled person would not expect that each compound would be active against all kinases.

It is pretty evident from the above that a second medical use claim, i.e. a product claim with the alleged effect being recited in the claim, would have been doomed for lack of sufficiency of disclosure. No discussion of ‘plausiblity’ would have been necessary at all; it could have been a straight forward revocation based on the ‘undue burden’ criterion, essentially in line with T 609/02 — Salk Institute / AP-1 complex (HTML | PDF), ¶ 12.

But since a claim on the compound per se was at stake, the Board had to deal with it in the assessment of inventive step; Art. 56 EPC. But that claim is even broader than any medical use claim. Could the result be any different? That would have been somewhat strange, wouldn’t it?

Against this standard, the patentee in T 488/16 failed and the patent was revoked. The Board was not convinced that the technical problem had already been solved at the filing date, in particular by dasatinib. Apparently, two post-published documents were the first disclosure showing that for dasatinib the purported technical problem has actually been solved. In accordance with established case law, these documents were therefore not taken into consideration in the assessment of inventive step. Thus, the problem to be solved had to be defined in a less ambitious way, namely as the provision of a further chemical compound — a non-starter at the EPO in any event.

I fully agree with the result, but I am not convinced that one really needs the concept of ‘plausibility’ for that. I feel the Board could just have held that the specification re dasatinib was so vague and unspecific that it appears that the invention (in terms of an actual ‘contribution to the art’) had not yet been made on the filing date.

Lara pointed out that the concept of ‘plausibility’ has not yet appeared in Swiss jurisprudence. Frankly, I feel it is not being missed.

Tobias Bremi mentioned in the final discussions that the concept of ‘plausibility’ is sth that judges in various jurisdictions are struggling with. Lack of ‘plausibility’ may have been useful to sort out some cases, but any broader application might well have the (unwanted) consequence that ‘armchair’ inventions were prohibited.