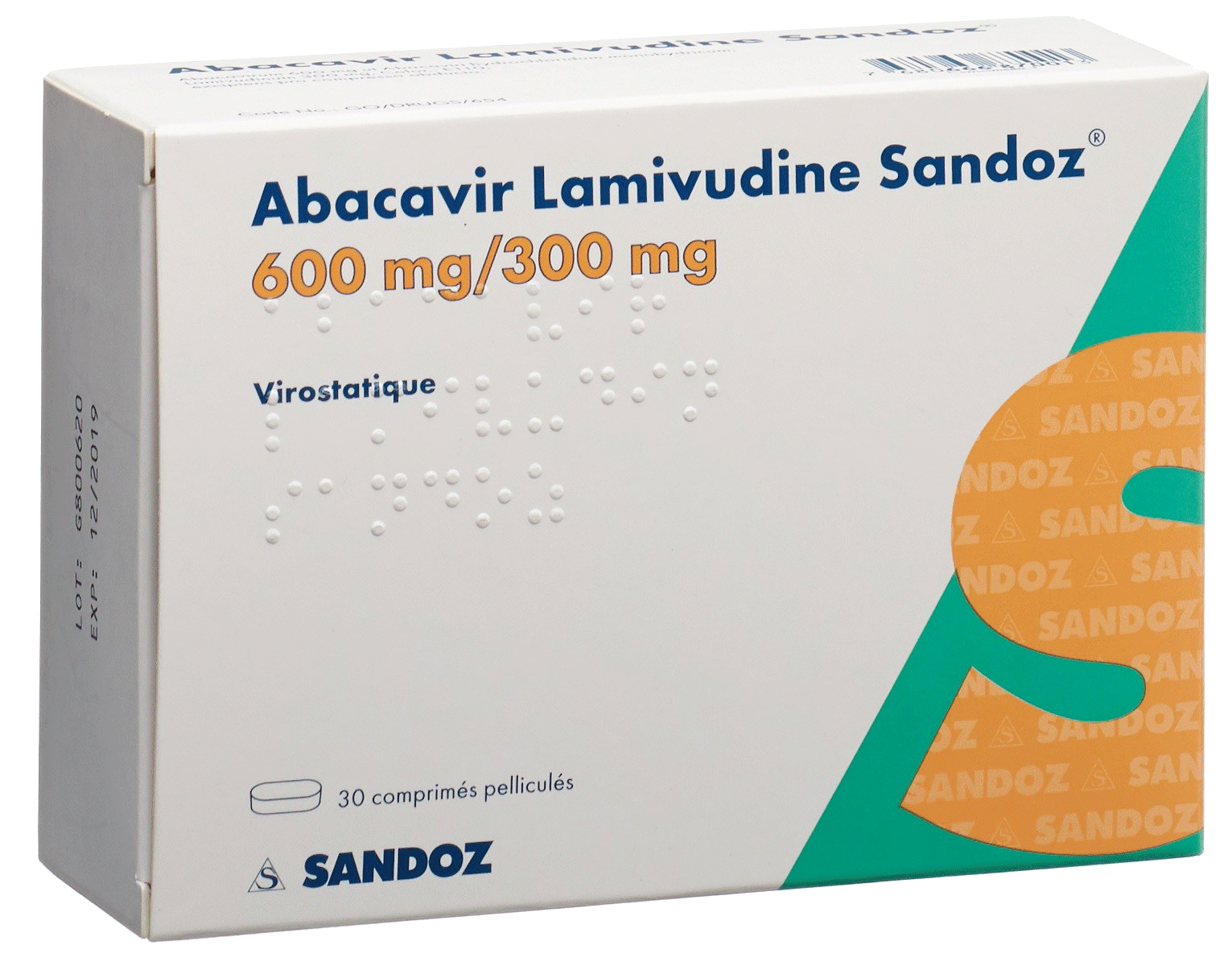 Claim 1 of EP’637 is straight forward — at least when the IUPAC names of the compouds are replaced with the respective INNs:

For the chemists out there, these are the molecules:

Both these compounds are nucleoside reverse-transcriptase inhibitors (NRTIs). Both compounds alone and the fixed-dose combination thereof are included in the WHO Model List of Essential Medicines.

The European public assessment report (EPAR) of the European Medicines Agency (EMA) provides a wealth of further information about this antiretroviral combination therapy for the treatment of Human Immunodeficiency Virus (HIV) infection.

Sandoz‘s generic version ‘Abacavir Lamivudine Sandoz®’ had obtained market approval on December 15, 2017, and it has been listed since April 1, 2018; see compendium.ch.

Sandoz contests infringement of the SPC solely on the ground that EP’637 and the SPC are null and void. A lack of novelty and inventive step is alleged, and that the priority claim was not valid. Sandoz had refused to undertake not to put the product on the market before the expiry of the SPC (October 30, 2020); Sandoz rather informed ViiV that it would start marketing in calendar week 21 — and has consequently been sued by ViiV.

I have attended the hearing yesterday; see the official announcement and some live notes below.

The following issues have been discussed:

The parties dissent about whether or not EP’637 is actually entitled to the priorities claimed; see a compilation of the two priority documents here. Respondent argued that the whole disclosure of the priority documents is about a combination of three active substances, compared to a combination of only ABC and 3TC finally claimed in the patent in suit; plaintiff disagreed.

If priority was not validly claimed, D1 (WO 96/06844) would be pre-published prior art, i.e. relevant for both novelty and inventive step assessment.

From the pleadings, I conclude that in the exchange of briefs the plaintiff himself had submitted that D1 (WO 96/06844) forms prior art that is (only) relevant for the assessment of novelty. Respondent had agreed. Only later, in my understanding in the judge-rapporteur’s expert opinion, it has been held that D1 does not form part of the prior art under Art. 54(3) and (4) EPC 1973 or Art. 7(3) lit. a old PatA, respectively. Respondent disagrees on the merits, and further argued that the principle of party disposition was violated.

From the pleadings it could be concluded that the expert opinion established by the judge-rapporteur was advantageous for the plaintiff, i.e. that novelty of EP’637 over D1 was given. The EPO’s approach of how to deal with selections from two or more lists of a certain length will be decisive.

Respondent argued that the German Federal Patent Court and a Stockholm court had denied novelty. I could not yet spot any such decision; maybe these were only interim assessments of the courts before the respective parties settled(?).

If you know more, I would be grateful if you would let me know.

I have meanwhile been informed of the decision issued in Sweden (Case PMÖ 3565-17 of the Svea Hovrätt), briefly reviewed on EPLAW Blog.

In a secondary line of defense, plaintiff offered to limit the patent with a disclaimer, to exclude the disclosure of D1 and to restore novelty if necessary.

Defendant argued that this was not possible and referred to an order of the Zurich Commercial Court (HE070010 of 22 August 2007, issued by Dieter BRÄNDLE, the later President of the FPC) that was upheld by the Zurich Court of Appeal (AA070145/U/Ia of 25 January 2008). At that time, it had been held (emphasis in original; cf ¶3.2):

In summary proceedings the plaintiff may thus only rely on the SPC or the basic patent, respectively, in its current (i.e. unamended) version.

Respondent firmly insisted that this is not the case, with reference to an illustration similar to the one shown on the right. In brief, plaintiff ViiV Healthcare UK Ltd is the holder of the Swiss SPC, and is fully owned by ViiV Healthcare Ltd; cf the right branch of the illustration.

Respondent argued that none of the boilerplate arguments like confusion of the market, price erosion, etc can apply here, since this does not affect the plaintiff / SPC holder. Plaintiff inter alia argued in the hearing that the Swiss MA holder has a license under SPC. This was firmly rebutted by the respondent as ‘not true’, or at least not to be a royalty-bearing license — and procedurally belated in any event. In my understanding, it had not been argued in the written exchange of briefs that a license is in place.

Finally, the parties were asked whether they were interested in settlement discussions. I would have loved to hear the answer, but the public has been excluded on request of the plaintiff even before the general (un)willingness to talk settlement has been indicated.

P.S.: After plaintiff’s initial pleadings, the presiding judge asked whether the pleading notes that had obviously at least partially been read out would be handed over to the court (“not necessarily to the other party”), to ease compilation of the minutes. The parties agreed. A pragmatic approach. Still, I strongly feel that whenever pleading notes are handed over to the court, the other party should get a copy, too. Frankly, I would not feel comfortable when the counter-party submits something in writing that I haven’t seen. How would I know that there was no change or omission in the speech vis-à-vis the pleading notes, and how easily might a different message silently sneak into the minds of the judges …