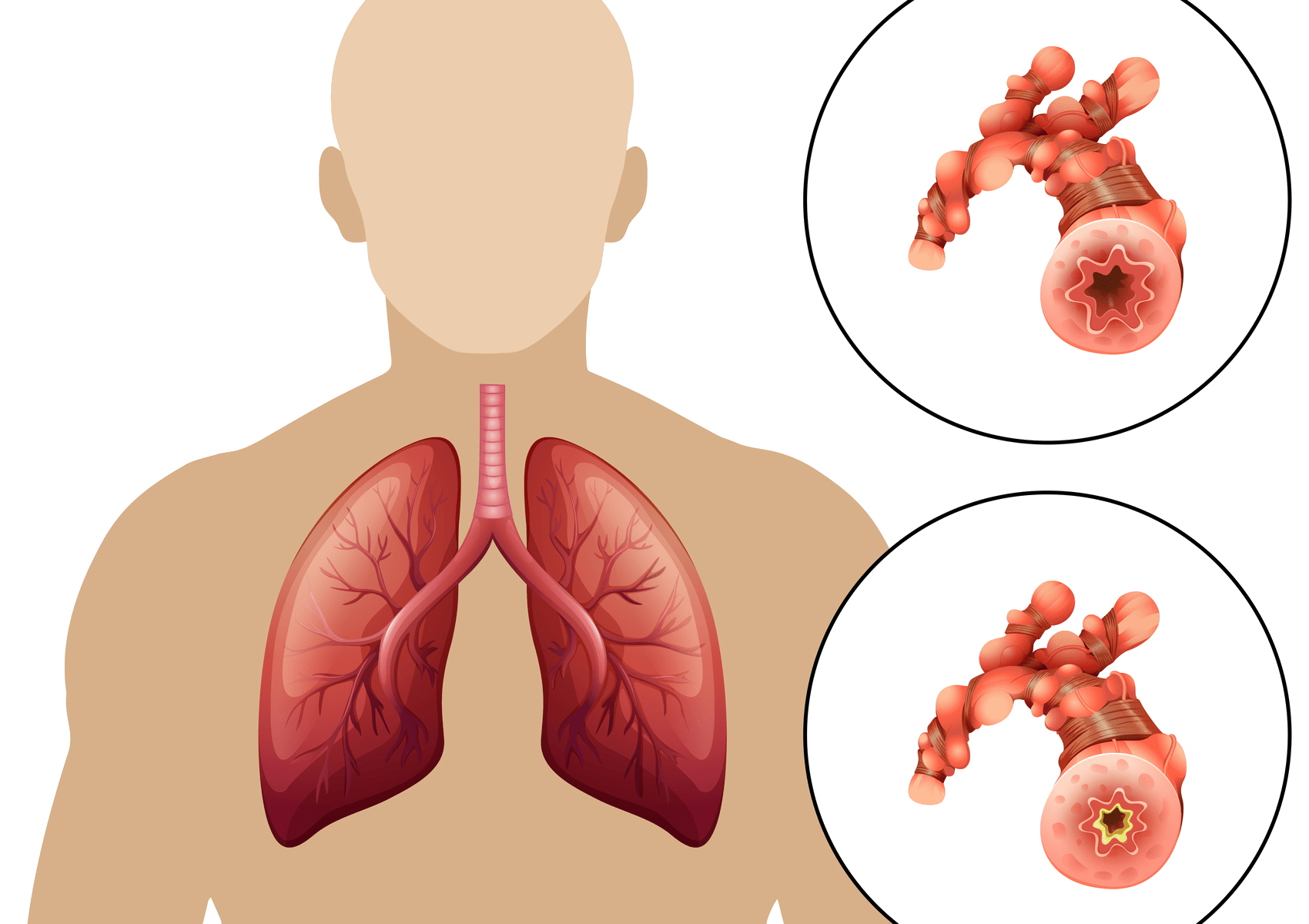 We have reported about the main hearing in this matter on this Blog here.

Glenmark had challenged the validity of Boehringer Ingelheim’s EP(CH) 1 379 220 H1, which is the Swiss part of EP 1 379 220 B1 after a partial waiver. The patent is about tiotropium capsules for inhalation and relates to BI’s Spiriva® Handihaler® for the management of chronic obstructive pulmonary disease (COPD).

With the partial waiver, BI split the independent claim into two alternatives (amendments marked-up in bold; only available in German, for the time being); see the claims in mark-up below:

the outcome in a nutshell

As to the common general knowledge (CGK) of the skilled person, the decision holds, with reference to Aulton (a textbook which at the face of it is not prior art but has still been referred to by both parties) and Voigt/Fahr, that the skilled person knew that gelatine as a capsule material was an established material that is suitable for dose inhalation. The skilled person further knew that hydroxypropyl methylcellulose (HPMC) can also be used as a capsule material in general, and in particular in connection with inhalation. The landmark article Ogura et al., which is referred to in Aulton, would probably be consulted by the skilled person without further ado in connection with the selection of a material for such a capsule, even if the content per se was not part of the CGK.

On the merits, the decision holds that the invention had been obvious over Maessen et al. in further view of JP 502 (JP 2000-143502, available as machine translation). Undisputed between the parties, the distinguishing features of claim 1 over Maessen et al. are that the capsule material

JP 502 discloses a broader range of PEG (0.4-33%) and an upper limit of 14% for the moisture content, with 8-12% being preferred. Cutting a long(er) story short, the decision holds that the selected sub-ranges are just an arbitrary selection from JP 502, without any apparent / surprising effect. Accordingly, being a mere alternative to what had already been more broadly suggested in JP 502, the subject-matter of the partially waived patent was held obvious. Experimental evidence submitted by the patentee were of no avail since they did show a comparison with the compositions taught by Maessen et al. and/or JP 502.

Essentially the same reasoning is applied in the decision with respect to claim 3, which is held obvious over Maessen et al. and Ogura et al. (or vice versa).

The German Federal Supreme Court had revoked the German part of EP 220 already back in 2016 with a similar reasoning; X ZR 38/14.

The ‘closest prior art’, revisited

The decision holds that it is not possible in civil proceedings to disregard a certain piece of prior art as the ‘closest prior art’ in the problem-solution approach when a party to the proceedings referred to it as such; ¶ 36. At least at first glance, this appears to be indeed settled case-law of the FPC; see e.g. O2013_011, ¶ 5.6 and S2017_001, ¶ 4.6. Note that Dieter BRÄNDLE, the former President of the FPC, has recently contributed an article on this issue to the Festschrift for Peter Meier-Beck; see p. 147 et seqq.

What is interesting, though, is fn 10:

This footnote refers to a different opinion in the commentary Patentgesetz (PatG), Art. 1 N 70,  There, it is held that certain pieces of prior art are unsuitable as a starting point for assessing inventive step and should not be taken into account:

This different opinion has weight: The co-author of this chapter is Mark SCHWEIZER, the current president of the FPC — who has not been on the panel in the present matter. It will be interesting to once see a case where this is the potentially decisive issue. Maybe, the case-law of the FPC is not as settled as it might appear at first glance: Mark SCHWEIZER had not been on the panel in the two cases O2013_011 and S2017_001.

Does the ‘technical contribution’ test survive?

The EPO is renowned for a rather strict approach to allowability of amendments. Just by way of example, selection and combination of elements from two lists of certain lenghts is typically held to contravene Art. 123(2) EPC in EPO proceedings. In my view, the ‘two lists’ approach took a life of its own and is frequently applied as a mere formalism, without actually looking into what really matters, i.e. what the skilled person would really have understood from the lists, with the whole content of the application as filed in mind.

Getting straight to the point, an esteemed colleague recently referred to the ‘two lists’ approach simply as «garbage» in an official meeting. That’s a pretty harsh statement, and I guess only a Brit can make it sound serious. But to the extent that a formalism must not replace the gist of the law, I do agree with it.

Now, what about selections from converging lists?

The present decision of the FPC makes an interesting reference in ¶ 26 to the hn of a recent decision of a Board of Appeal of the EPO, i.e. T 1621/16, as follows:

1) When fall-back positions for a feature are described in terms of a list of converging alternatives, the choice of a more or less preferred element from such a list should not be treated as an arbitrary selection, because this choice does not lead to a singling out of an invention from among a plurality of distinct options, but simply to a subject-matter based on a more or less restricted version of said feature.

2) A claim amended on the basis of multiple selections from lists of converging alternatives might be considered to meet the requirements of Article 123(2) EPC if:

i)  the subject-matter resulting from the multiple selections is not associated with an undisclosed technical contribution, and

ii)  the application as filed includes a pointer to the combination of features resulting from the multiple selections.

I very much appreciate any attempt to overcome the mere formalism of the ‘two lists’ approach. However, I wonder whether reference and early adoption of T 1621/16 might be premature.

First, T 1621/16 is not case law of the Boards of Appeal yet (as it is referred to in ¶ 26 of the decision). Actually, it is the very first decision of its kind, and it remains to be seen whether this will be sth that other Boards adopt — or not. It may well be that this decision turns out to be an outlier, for reasons outlined below.

Second, not even T 1621/16 itself says that the two criteria in hn 2 are the only ones to take into account. On the contrary, hn 2 holds that Art. 123(2) EPC «might be considered to be met» when these two criteria are fulfilled. Yet more criteria might apply, as is expressly held in ¶ 1.7.3: «For the board, at least the following two conditions should be met: […].» To me, T 1621/16 is more aiming to trigger a discussion and further evolvement of the case-law of the Boards rather than to carve a new test in stone. Whether this will end up in a new test (and if so, which one) remains to be seen.

Third, I don’t feel comfortable at all with the reference to the (lack of an) «undisclosed technical contribution» in hn2, item i).

For the assessment of novelty, however, the majority of the Boards appear to have moved away from asking whether a certain selection of a sub-range from a broader range in the prior art is associated with a new technical teaching / previously undisclosed effect. For good reason. Arguably, the assessment of effects is indeed more related to obviousness rather than to novelty. Even the EPO Guidelines had been amended in November 2019: The third criterion that asked for a purposive selection or new technical teaching was deleted.

epi had sent a letter to the President of the EPO in October 2019, asking to refer this issue to the Enlarged Board of Appeal because there was not (yet) consensus across the Boards. I fully share epi’s concerns. But the EPO replied that this was just regular evolvement of case law, and that the time was right to amend the Guidelines accordingly. Both letters are available here.

Now, what? I cannot really see how a check for a previouly undisclosed technical contribution might become part of the test for allowability of selections from converging list, while at the same time we don’t care anymore about the technical contribution in the test for novelty of sub-ranges. I may well be wrong, but this is why I do not yet see that the approach taken in T 1621/16 will be broadly adopted by the Boards.

Interestingly, the decision of the FPC also discusses a report of the Comptroller on proposed amendments in corresponding proceedings in the UK; see ¶ 27. The Comptroller had held in a report of 17 June 2015 with respect to a certain amendment that no «special advantage» of the selected features was apparent, and that the amendement therefore added matter:

The present decision holds that such considerations were alien to the assessment of the admissibility of amendments; they would rather have to be dealt with under obviousness:

Don’t get me wrong, I do agree that such considerations relate more to obviousness than to added matter. But still, I don’t feel that the Comptroller can be blamed for confusing concepts when T 1621/16 does exactly that: Applying concepts of obviousness in the assessment of added matter.

Oh man, sometimes it feels like I am suffering from a very special form of COPD, i.e. a Chronic Obviousness and Pointer Disorder.

An appeal is pending at the Supreme Court.

When does a time limit actually expire? Doing the math has never been easier than with this tool.