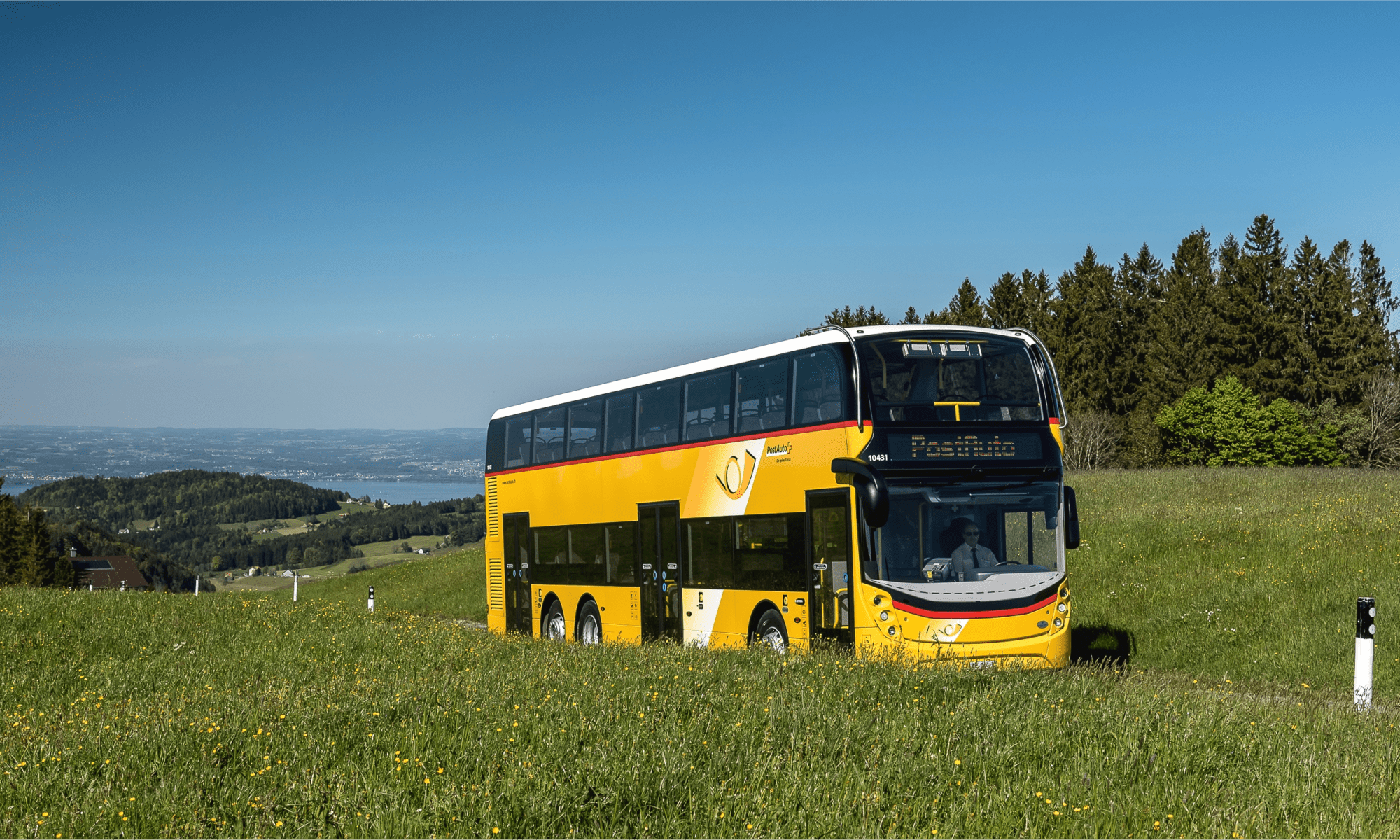 No patent matter this time, but rather a trademark case with a very Swiss touch.

The Swiss Post filed the trademark application 61979/2010 ‘POSTAUTO’ already back in November 2010; see Swissreg. After the original application had been split up and a first trademark had been allowed to proceed to grant with a relatively wide scope covering inter alia transportation of goods and persons and operation of buses according to timetables in class 39 (CH 674’035; see Swissreg), the IPI maintained its objection with respect to some further goods and services and refused the remaining application on 31 December 2015. The IPI held that the sign ‘POSTAUTO’ was purely descriptive for these goods and services, and that it was not credible that the sign had gained distinctiveness through use.  The following list of goods and services was at stake:

PostAuto Schweiz AG is a subsidiary company of Die Schweizerische Post AG (Swiss Post). But Postauto is not only the name of a company, it is also a very well known brand in connection with public transport services; see e.g. Wikipedia.

And it’s been like that for quite a while …

In first place, the FAC confirmed the IPI’s finding that ‘POSTAUTO’ is not a distinctive sign per se. Rather, ‘POSTAUTO’ is perceived plainly descriptive for a postal car or postal bus.

As an auxiliary measure, Swiss Post had requested that the sign be registered because it had become a trademark through use; Art. 2 lit. aTmPA.

Now, this is where it’s getting interesting: The IPI even refused this auxiliary request.

But the FAC did not agree for the majority of goods and services, in very clear terms; see ¶7.3. The FAC held that the IPI erred in law when it did not examine the reputation of the sign, in addition to just assessing the evidence of use that had been submitted.

The FAC further held that the Swiss Post should have benefited from the fact that, throughout Switzerland, the sign has acquired the significance of a keyword-like reference to the public transport services offered by the Swiss Post for decades throughout the entire Swiss settlement area, as well as to related services. The evidence of use must be assessed in the light of the reputation of the sign at stake, based on decades of intensive use throughout Switzerland. In its assessment to the contrary, the IPI failed to include in the required overall assessment the circumstances which were relevant for the acquired distinctiveness through use.

The FAC held that it is known to the court that the sign ‘POSTAUTO’ has been in use as a trademark since long ago for goods in classes 9 and 16; see ¶7.6:

Pretty straight-forward, isn’t it? In addition to printed timetables, the network routes are nowadays even available online — and I can hardly even remember a time when this had not been the case.

The FAC further held that the IPI fundamentally overlooked the fact that its requirement of proof of ten years’ use of a sign is not sacrosanct.

If a sign has been successfully marketed for decades, only a few declaratory pieces of evidence of the last ten years are well sufficient. In the case at hand, the very long use of the sign and its excellent market position mean that there is no need for specific evidence from French- and Italian-speaking parts of Switzerland, where sufficient dissemination and recognition can simply be deduced from the excellent reputation of the appellant over decades and its uninterrupted market presence to this day; see ¶7.6.

In sum, the FAC only denied acquired distinctiveness of the sign ‘POSTAUTO’ for class 12 (vehicles) and, partially, class 39 (operating vehicles on a joint basis (car-sharing, carpooling)). The final list of goods and services thus reads as follows:

Frankly, the decision is not much of a surprise on a substantive level, in my perception. But why does it take eight years and two instances to get there?