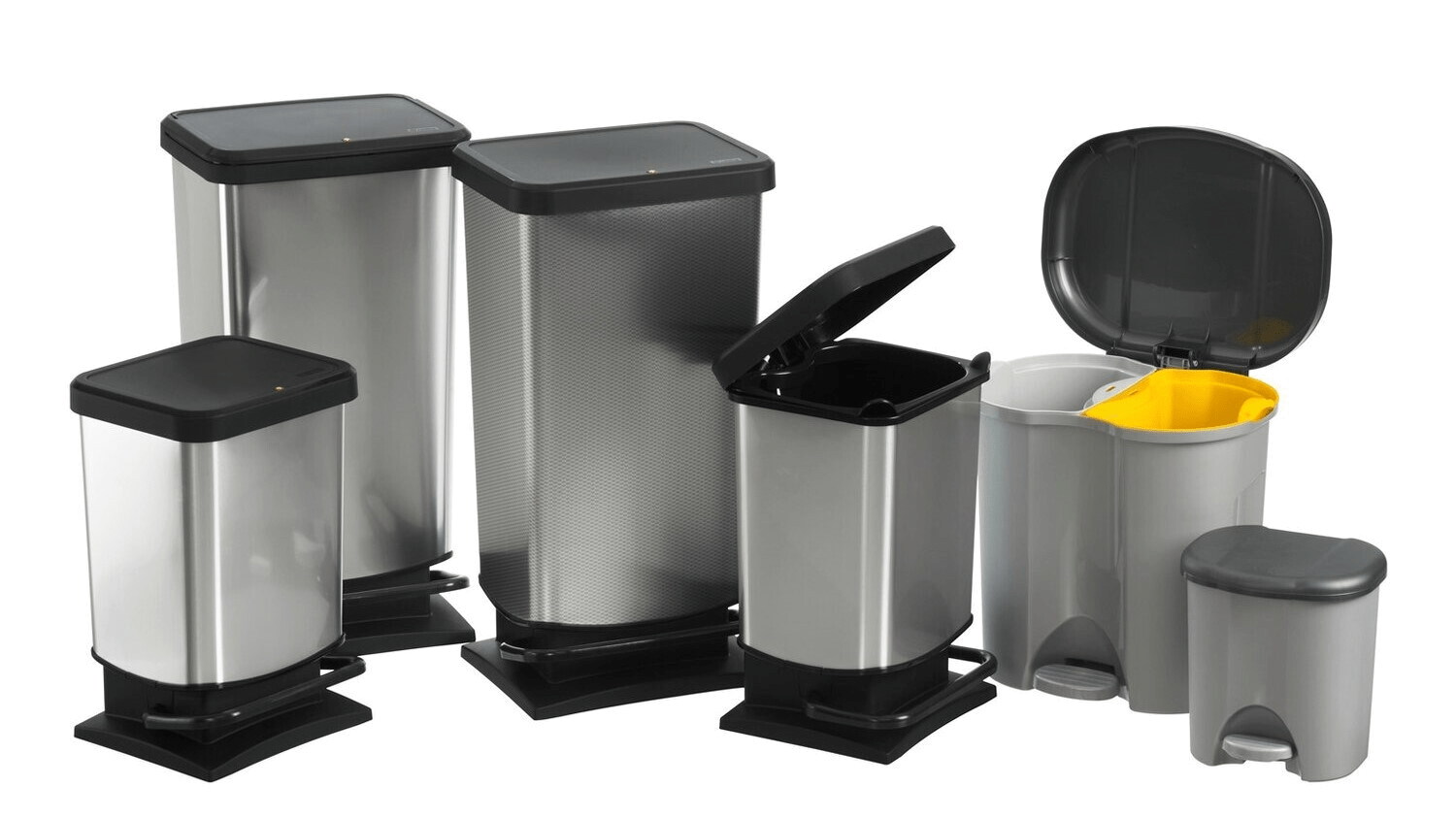 Rotho Kunststoff had lodged invalidation proceedings in April 2020 against Keter Plastic with respect to EP(CH) 2 121 271 B1; see the European Register and Swissreg for further bibliographic information. Keter countersued for infringement. However, with the present order, the FPC held that Keter’s countersuit is inadmissible — because this claim is already pending in court.

Indeed, the same parties have locked jaws in parallel infringement proceedings O2017_024. The order holds that in the co-pending case the same patent and the same attacked embodiments are at stake. Note that the main hearing in that matter is scheduled to take place on 22 October 2020, i.e. the formal closure of the file has already occured.

The decision holds that the present counter-claim for infringement is already comprised in Keter’s co-pending infringement action. The fact that an even more (verbally) limited claim of EP 271 is invoked in the present proceedings does not change anything in this respect.

So, for once the question is not: «Who is kicking my can?!», but rather how often you may kick it. The answer is: Once, with one and the same foot.

When both cases finally unfold, it will be interesting to learn more about Rotho’s motivation to lodge invalidation proceedings only in early 2020 when they had relied on invalidity as a plea in defense in parallel proceedings for about 2.5 years. We shall see.

The appeal has been held inadmissible for lack of a legal interest; see 4A_539/2020. 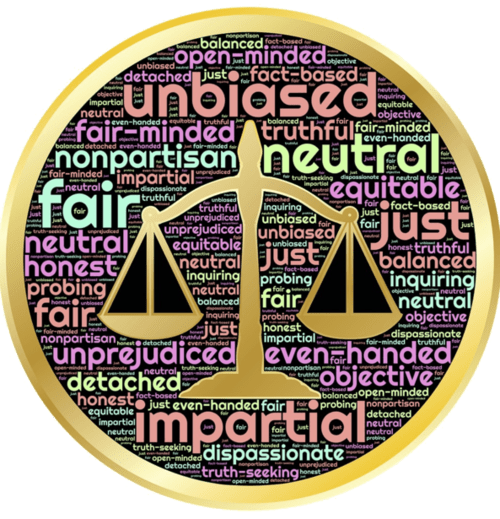 The Supreme Court had to deal with an appeal against an (unpublished) order issued by the Administrative Commission (AC) of the FPC in case no. O2017_024, by which order the requested recusal of the judge-rapporteur had been denied. Defendant / appellant felt that some statements of the judge-rapporteur at the occasion of the instruction hearing (Art. 226 CPC) gave rise to the appearance of bias. It is important to understand that the instruction hearing at the FPC consists of two parts (Art. 8(4) of the Guidelines on Proceedings before the Federal Patent Court), i.e.:

a)   The court delegation discusses with the parties the matter at issue, asks questions where the party submissions are unclear, and provides substantiation advice. Evidence may also be accepted. This first part is transcribed.

Notably, the appellant did not object to the formal part a) of the instruction hearing (where the judicial duty to ask and inform applies), but rather to the informal part b) which serves exclusively to bring about a settlement.

After having read the first lines of the decision, I so much hoped that this decision would finally help me understand the metes and bounds of the informal part of the instruction hearing, and maybe even the formal part. Unfortunately, it doesn’t. The Supreme Court did not even assess the issue on the merits, but rather dismissed the appeal for formal reasons. What a pitty.

It is not convincing that the appellant has only gained knowledge of the (alleged) ground for recusal until two weeks after the hearing, since the appellant does not object to a single error in the conduct of the proceedings, which may not be discernible at first sight, but «a large number of inadmissible statements by the judge-rapporteur», which «substantiated a serious violation of the duties of the judge by the disregard of fundamental principles of civil procedure.»

Further, the appellant criticised a statement made by the judge-rapporteur in his opinion of 26 September 2018, which the appellant considered would in itself give rise to the appearance of bias, and which should have been taken into account by the FPC’s AC ex officio. This statement is literally recited in the decision in ¶5.2, as follows (jump here for an English translation):

According to Art. 226 CPC, the instruction hearing serves, among other things, the free discussion of the subject matter in dispute and the attempt to reach an agreement. In order to enable an agreement to be reached, the judge-rapporteur makes a preliminary and unprejudiced assessment of the factual and legal situation. The parties are clearly informed that this is a preliminary assessment, which may change in the course of further proceedings and need not be shared by the other members of the panel. The stated purposes of the instruction hearing can only be achieved if the judge-rapporteur can freely express himself within the framework of the subject matter of the dispute outlined by the party submissions. A strict link to individual factual assertions is not possible and not expedient at this early stage of the proceedings, at which the assertion proceedings have not yet been concluded.

The FPC’s AC did not see any reason for recusal in the above statements. But still, and ‘for the sake of completeness’, the FPC’s AC addressed the opinion of the judge-rapporteur and concluded — in general terms, detached from the case at hand — that ‘there was no basis for supplementing the relevant alleged facts by the judge, neither outside nor within settlement discussions.’

I am not fully sure what is meant with ‘no basis’. If this is to be understood in a sense that supplementing the alleged facts (within or beyond ‘the framework of the subject matter of the dispute outlined by the party submissions’) is a clear no-go, then I could not agree more. It may be a tough exercise for a judge-rapporteur to stick to the facts as they have been asserted after only a single exchange of briefs, in particular when the forthcoming further assertions are all too obvious. But still, parties sometimes just do not make even the most obvious next assertion (intentionally or unintentionally), and any helping hand for a potentially negligent or ignorant party would be to the disadvantage of the respective other party.

But in the matter at hand, the Supreme Court did not need to deal with this issue on the merits. The decision holds that the appellant’s criticism misses the point: Procedural errors (as well as a decision that is potentially wrong on the merits) cannot in themselves justify the appearance of bias. The situation is different only if there are particularly blatant or repeated errors which must be assessed as a serious violation of the duties of the judge. Consequently, the request for recusal of a judge cannot normally serve to assess alleged procedural or other errors of the judge. Such complaints must be raised on appeal; see 4A_149/2018 in ¶5.2. Accordingly, the Supreme Court did expressly not assess to what extent the statements made by the judge-rapporteur — in particular the last two sentences — are in conformity with the law. The only decisive point is, in the Supreme Court’s view, that this statement was not a particularly blatant error of such a kind that would make the rejected judge appear almost biased. Thus, also appellant’s second criticism failed.

Now, what can be learned from this decision?

Unfortunately, not too much for the time being, because the Supreme Court took a formal shortcut. But, in my perception, there is some handwriting on the wall, isnt’t it? And, maybe, we will see the appellant’s second criticism being raised again on appeal if this case moves on and the appellant / defendant is unsuccessful in first instance proceedings on the merits.

From this presentation I just learned that the litigants were Rotho Kunststoff and Keter Plastic. See slides 10/11.