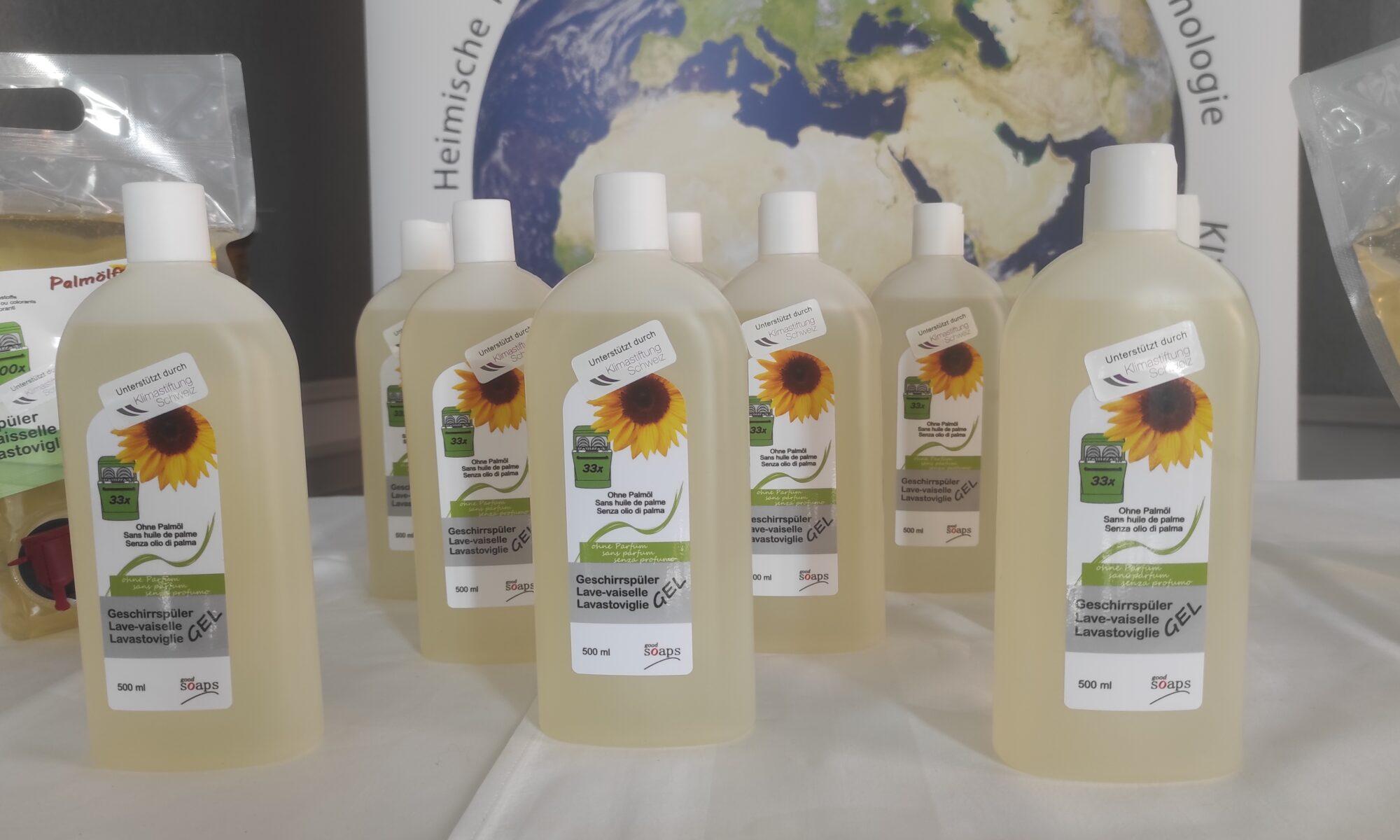 Generally speaking, the invention pertains to the use of sustainably sourced detergents in cleaning agents. The independent claim of EP 134 is much more lengthy, though. In particular, rapeseed methyl ester ethoxylates (rapeseed MEEs) appear to be of most interest. In plaintiff’s view, the «basic concept of the invention» was the replacement of the petroleum-based surfactant Lutensol AO7 with rapeseed MEE in a certain Frosch® washing agent, with satisfactory washing results.

As usual, the burden of proof was on Werner & Mertz to establish that (i) their employee made the invention; (ii) how / when this invention was communicated to the alleged usurpator; and (iii) how this invention is reflected in the patent (application) at stake.

The parties fundamentally dissented about what exactly had been communicated in a seemingly critical meeting of 27 August 2009 of Mr QUADE (with Werner & Mertz since about 40y) and Ms SCHNEIDER (formerly with Kolb, now with Good Soaps), and not even witness testimonies could finally clarify this issue.

However, this turned out to be not decisive anyway. The judgment holds that defendant was able to prove a fact in support of his position, i.e. that even if the alleged facts had been communicated by Mr QUADE in that meeting, this information amounted to nothing more than what Ms SCHNEIDER had alread known at the time: There was already an Ecover® product on the market at the time that contained rapeseed MEE as a detergent. Accordingly, the judgment holds that the complaint has to be dismissed.

This is not the first time that the «prior knowledge» exculpation has appeared in case law. It is long-established practice e.g. in Germany; see e.g. X ZR 79/07 – Steuervorrichtung:

However, to the best of my knowledge, this is a first in Swiss case law — and it appears essentially without any further ado. I would have liked to learn a bit more about the legal reasoning, even though the facts of the present case were pretty straight forward in this respect.

What would it generally take to establish prior knowledge of the invention? What is the necessary level of awareness of this information? E.g., is it sufficient that the information was somewhere buried in an archive, and maybe essentially forgotten only until one has been told again?

The judgment may still be appealed to the Supreme Court.

UPDATE 26 May 2022: As confirmed by the FPC, no appeal has been filed; the decision is final.

As mentioned earlier on this Blog here, Werner & Mertz (well known e.g. for its brands Erdal® and Frosch®) has sued Compad Consulting GmbH for lack of entitlement to a patent application, i.e. unlawful usurpation thereof.

The file wrapper at the EPO is telling: The complaint of 9 January 2019, the reply of 20 September 2019 (including all appendices) as well as the comments on the rejoinder of 5 December 2019 are available online. The instruction hearing took place on 8 July 2019 — without a settlement being reached.

There had already been some attention in the media a while ago (see e.g. here and here), when the defendant had lodged a press release. Apparently, the plaintiff now also approached the media shortly before the hearing. SRF reported again about this case yesterday in Regionaljournal Zentralschweiz:

Frankly, I am not going to participate in reading the tea leafs here, trying to conclude something from the fact that the inventor has waived her right to be publicly mentioned; or that the applicant is not Good Soaps itself, but rather a consulting firm that has given a license to Good Soaps. These things per se may well happen for good and serious reasons. And I cannot readily spot any troll-like behaviour, either.

For some strange reason, the designation of inventor is available in the online file wrapper at the EPO, contrary to R. 144 (c) EPC.

In the end, for an assignment action to be successful, a plaintiff has to prove the following:

The main hearing took place earlier today, and it was definitely one worth attending.

Ms Regine SCHNEIDER had met with some people of Werner & Mertz on 27 August 2009 in Mainz, in particular with Mr Karl-Heinz QUADE. That is one of the few things on which the parties can agree. At that time, Ms SCHNEIDER had been employed by Kolb, as head of the business unit New Business. I understood from the pleadings that Ms SCHNEIDER had been decruited on the very next day, i.e. 28 August 2009, and that she was immediately released from work because Kolb closed down the whole business unit. Accordingly, it will be decisive whether the invention — as claimed in the application at stake, or at least the basic concept thereof — had been communicated by Mr QUADE to Ms SCHNEIDER in that meeting.

Evidently, the content of this single meeting is of critical importance. Since there is only very limited written evidence in this respect (only an agenda or invitation, in my understanding), witness testimony will likely be decisive. Accordingly, Ms SCHNEIDER was deposed as a witness today. To the best of my knowledge, this was actually the first time that a witness has been publicly deposed in a main hearing at the FPC. Ms SCHNEIDER was first deposed by the President and the judge-rapporteur, and both parties were given the opportunity to ask follow-up questions. This was actually a pretty smooth exercise.

But, maybe, Mr QUADE remembers things differently(?). Unfortunately, we did not learn more about this meeting from his perspective today. I understood from the pleadings that the defendant had pressed criminal charges against Mr QUADE, for some wrongdoing in connection with the present matter, and that he was therefore prevented from being deposed as a witness in the hearing today.  The FPC has apparently initiated proceedings for judicial assistance of the German authorities, to have Mr QUADE deposed in Germany. Defendant’s counsel requested the FPC to reconsider this procedural move: Even if Mr QUADE would confirm all that has been asserted by the plaintiff by now, it would still not be sufficient for the plaintiff to fulfill all three criteria as outlined above. Note that judicial assistance might easily take a further 4-30(!) months.

The further course of the proceedings is not yet cast in stone. If the FPC abstains from having Mr QUADE deposed, the judgment would be issued as a next step. If Mr QUADE is being deposed, the parties will again have an opportunity to comment on his testimony, be it in writing or yet another hearing.

UPDATE 3 January 2022: A new (final) hearing has been scheduled for 24 January 2022 (comments on the witness testimony of Mr Quade). Further the full minutes of the main hearing of 16 September 2020 as well as the discontinuation orders on the criminal investigations against Mr Quade and Mr Eberhardt are arvailable from the EPO docket.