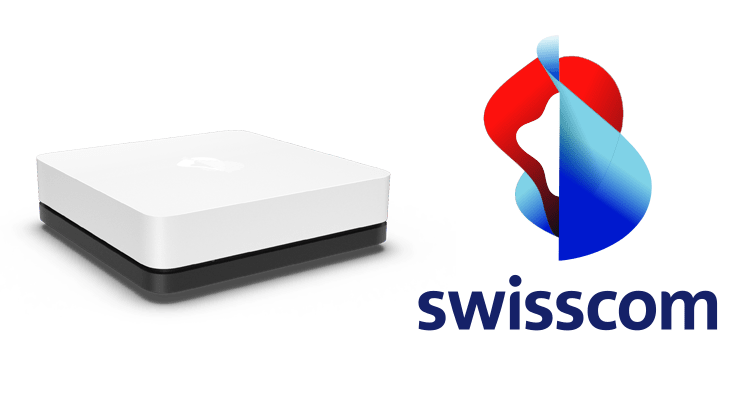 The plaintiff Two-Way Media requested that, in accordance with Art. 77(1) lit. b PatA, a precise description be made of certain infrastructure and processes relating to Swisscom’s internet-based televion (IPTV) products Swisscom TV 1.0, Swisscom TV 2.0 and TV Air. Swisscom was one of the first providers worldwide of IPTV, with about 1m customers already in 2013; see here.

The patents generally relate to the communication of audio or video content over a network, such as the Internet. More specifically, certain processes and products for the provision of real-time audio and/or video communication services to a wide range of users are concerned.

The patents propose a multi-casting system with a scalable distribution architecture and a scalable control architecture that provides for superior management and administration of users who are to receive the information. In addition to the provision of real-time audio and/or video communication services to a large number of users, the operator can also provide related follow-on offerings based on the behaviour of a user who has registered and authenticated himself in advance.

The defendant inter alia argued that validity of the patents was doubtful, with reference to a decision of the CAFC in the U.S. and the fact, that infringement proceedings based on validations of both European Patents in Germany are stayed while nullity proceedings are pending.

However, the reasoning from the U.S. could not be applied to the present matter, and the defendant did not provide any material arguments for invalidty. The decision thus holds that invalidity has not been sufficiently substantiated.

The decision holds that the requests at least partially pertain to facts which are accessible to the plaintiff even without judicial intervention, and that it therefore is questionable whether there is a legitimate interest to that extent; Art. 59(2) lit. a CPC.

Further, the decision holds that it was not clear to what extent the current state of affairs could allow conclusions to be drawn for a possible patent infringement before May 2017. The plaintiff could and should have argued that the current system of the defendant corresponds to the system in place at the time before the expiry of the patents, or to what extent which current facts allow conclusions to be drawn about the system in place at that time.

As mentioned above, the patents in suit have already lapsed. Thus, only infringment in the past is at stake — incl. compensation for damages, and the right to information.

The decision holds that a description according to Art. 77(1) PatA indeed is possible even after a patent has lapsed.

However, the decision further holds that the plaintiff has to substantiate his financial claims with the request for description, but did not do so.

The defendant argued that software-implemented processes were not accessible to sensual perception and could therefore not be the subject of a precise description within the meaning of Art. 77(1) lit. b PatA.

The FPC did not agree. Rather, everything that can be described technically in the context of an inspection is accessible to a precise description. But when the target of the description cannot be directly assessed, then it is the plaintiff’s task to to give precise instructions how to obtain specific findings so that the software-implemented processes can be concluded from such findings.

The decision gives some examples of how software-implemented processes could be indirectly described, e.g. by measuring temperatures in a software-controlled manufacturing process. But how would you do that when only data is concerned, and you cannot know how the data is actually handled by the defendant? Is a description then really available? Reading between the lines of the decision, I have my doubts. The decision suggests that there may well be situations where a plaintiff just cannot meet his burden of substantiation.

The FPC thus dismissed the request for a precise description.

First things first: Who are the parties?

From the wording of the requests and the feature analysis, it is clear that the patent in suit is EP 0 911 437 B1 of Lässer AG Stickmaschinen (formerly: Franz Lässer AG); see the EPO Register and Swissreg for any further details. Moreover, it is noted in the decision that the patent had been opposed by a connected undertaking of the defendant, but the opposition was dismissed and EP’437 was maintained as granted. The former opponent was Saurer Sticksysteme AG. Thus, it is reasonable to assume that the defendant is Saurer AG (again, see the summary of O2014_009 on this Blog here).

The feature analysis of claim 1 of EP’437 reads as follows:

M2: with a row of embroidery locations (S1, S2, S3 …) which can be brought individually into and out of operation

The invention can be more easily understood with the figures 1, 4 and 5 at hand:

In addition, the FPC held that there were further indications of an infringement: The defendant had openly presented the new machine at the trade fair, and the defendant reacted on the plaintiff’s initial inquiry with respect to the suspected infringement. Only when the plaintiff posed more critical questions, the defendant stopped any discussion and the later presentation of the machine was only ‘on invitation’ at the premises of the defendant, at the occasion of an open house day. And this is why there was special urgency: The open house day had been announced for July 1, 2016; the request for preliminary measures was received at the FPC on June 23. Moreover, the plaintiff noted that the enforcement of the measure would likely be frustrated if the defendant would be heard beforehand. The plaintiff had thus requested that the FPC orders the interim measure immediately and without hearing the opposing party. The FPC did so, and the description was executed at the premises of the defendant on June 28. The defendant later on requested that some details were blackened-out from the minutes of the description before it was made available to the plaintiff. Since these details were of no relevance for the claim features at stake, this request was allowed.

It remains to be seen what the plaintiff has learned from the description. Will the findings be the basis for yet another infringement case Lässer ./. Saurer?

WHAT’S HAPPENING ON THE MARKET

There are strong indications that Saurer’s ‘Epoca 7’ is concerned. Saurer’s press release in advance of ITMA 2015 in Milan (November 12-19, 2015) announced the introduction of the new ‘Epoca 7’ with

new technologies […] such as the individual thread guide activation, the newly developed thread delivery and […].

That pretty much resembles the suspicious wording in the invitation to the open house day on July 1, 2016, i.e. ‘individuelle, automatische Fadenleiterschaltung’. I could not find much more information on the actual configuration of this machine, but you might get a first impression from the handouts of Saurer’s press conference at ITMA 2015 (p 26):

The presentation of ‘Epoca 7’ at ITMA 2015 is also available here:

FULLTEXT OF THE DECISIONS