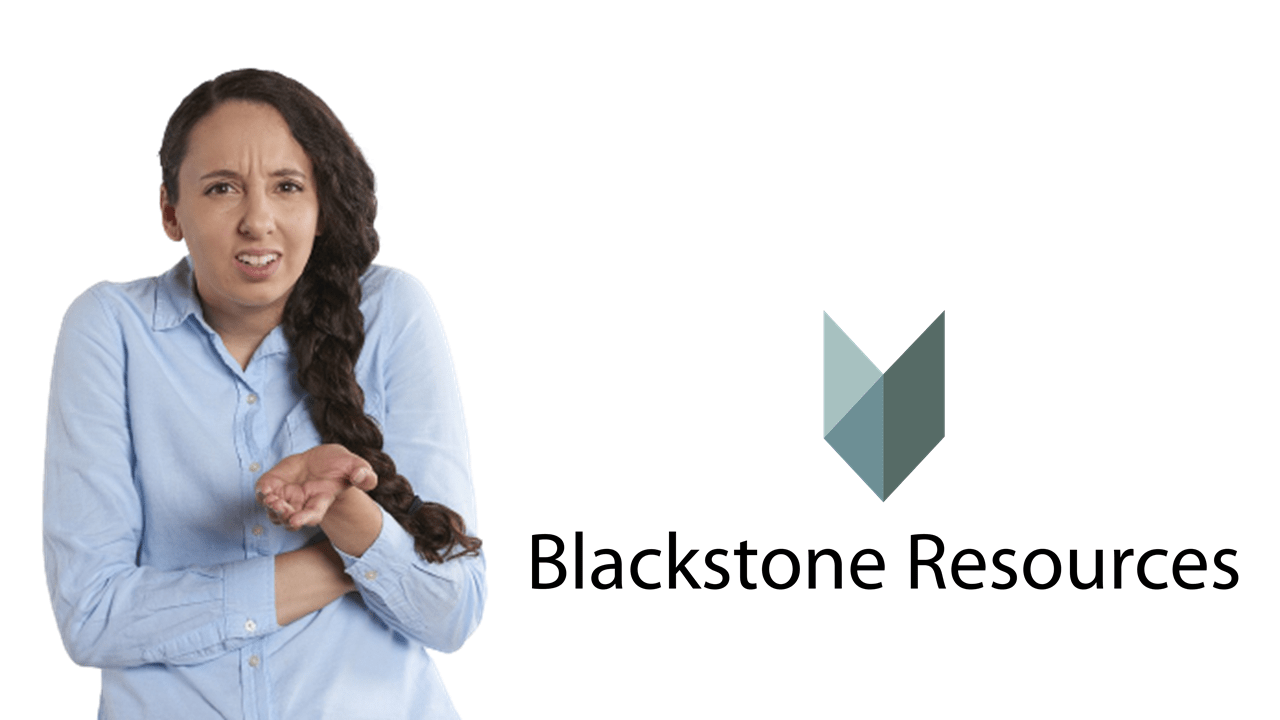 Reading time: 12 minutes
DISCLOSURE NOTICE: I am a shareholder of Blackstone Resources AG. A very unhappy shareholder, though.

Admittedly, this post is somewhat out of the ordinary. If you are only interested in jurisprudence of the FPC (fair enough!), then I don’t blame you at all if you just skip this post (or jump further down to some thoughts about Art. 12 PatA).

This post is about my very personal struggles to obtain information that I am undoubtedly entitled to.

Are you still with me? Okay, listen!

I own some shares of Blackstone Resources AG, a self-acclaimed battery technology pioneer. The investment won’t ruin me, but it surely is not the most promising one (SWX: BLS). But how comes investors don’t appreciate the stock? BLS holds that there is not just one, there are actually nine good reasons to buy their shares:

Note that their patented battery technology is the #1 reason to invest. And the corporate factsheet is not an outlier. BLS frequently refers to patent protection. For example, as early as in the Annual Report 2019 BLS refers to a patent:

In more recent times, even some ad hoc notifications according to Art. 53 LR referred to a «patented technology» that is proclaimed to be a «game changer»; see e.g. this one of 2 November 2021:

Anyway, that’s a different story. Let’s get back to the patent markings.

On 7 December 2021, BLS held a press day at the new facility of its subsidiary Blackstone Technology GmbH in Döbeln, Saxonia (Germany), celebrating the inauguration of its revolutionary battery production facility. It was a heavily promoted event. Needless to say that patents were cornerstone content, again:

As a patent attorney and investor, I got more and more interested in what these constant references to patents were all about, for heaven’s sake. As per today, I could not find anything pertinent, not for BLS and not for any of its connected undertakings. Thus, I formally asked BLS to provide me with the patent number(s), in accordance with Art. 12 PatA. It couldn’t be any easier. That’s what I thought.

Now, guess what the answer was?

Deafening silence, despite my registered letter. BLS did not even bother to get back to me. Not within the initial time limit, and not after yet another reminder. I wonder:

How can that be?

Remember: BLS is not a backyard workshop, but a listed company.

On the other hand, it is not that they did nothing.

It happened to be that Christopher Gilb of Luzerner Zeitung had kept an eye on BLS and their patents, too. He reported on 26 January 2022 that BLS had retroactively amended ad hoc notifications on their website, only shortly after my formal enquiry; see e.g. the amended ad hoc notification of 2 November 2021 here. Essentially, «patented» (‘patentiert’) has been amended to «applied for patent» (‘zum patentieren angemeldet’) all over the entire website.

Since it is not that easy to just amend already published ad hoc notifications, BLS subsequently published a correction ad hoc notification on 8 February 2022, soft-pedalling the matter as if all this was merely a clarification. However, there is a huge difference between a patent application and a patent. Anything else is just fuzzy marketing blah.

So, at that point I knew that there were no granted patents. What a pity!

All this leaves a bad taste, to say the least — and it only increases curiosity to dig deeper.

Thanks to my colleague Philippe Knüsel (oups, he did it again), I am pretty sure that BLS’s patent markings — if they have any merit at all — relate to this patent family, i.e.

and its three priority applications, i.e.

The applicant investHG UG (haftungsbeschränkt) has no prima facie connection with BLS. But the inventor and director of investHG has: Holger Gritzka is CEO of BLS’s connected undertaking Blackstone Technology GmbH in Döbeln, Saxonia (Germany) since 2019. This cannot explain the mentioning of patents already in the Annual Report 2019 (published on 24 April 2020), simply because the three priority applications were only filed on 26 June 2020. And this patent family had not yet been published at the press day of 7 December 2021 (the applications were only published on 29 and 30 December 2021, respectively). But, maybe, BLS manages to resolve this with some clarification.

Note that the purpose of investHG UG is to hold equity / shares of other companies (‘Beteiligung an Unternehmen’). According to the commercial register, investHG does not hold any shares of Blackstone Technology GmbH (see here). For the publicly listed BLS, the situation is not fully clear to me.

Does BLS and/or Blackstone Technology GmbH have a license under the patent family? Maybe. But I wonder: If there was a license in place, it could have been a no-brainer to just give me the number(s) of the patent application(s).

If you wonder what kind of company a «UG (haftungsbeschränkt)» is: It is a petty form of a limited liability corporation (GmbH) in Germany which can be funded with just one EUR paid-in capital. investHG is a little better funded (paid-in capital of EUR 1’000,–), but at least in terms of liablity it would not be my favorite licensor to build a revolutionary business on. But if that is BLS’s choice, so be it.

Now, what is the patent family all about?

It appears that the subject-matter of all three priority applications had been combined into EP 037 — which led to a non-unity objection at the EPO. However, claims 1 of EP 037 and DE 944 are identical:

In essence, I feel that the gist of DE 944 is to use a sieve printing paste that is thixotropic. The EPO has established a partial search report and a provisional opinion at least for this invention, and this report is anything but positive. What seemed to be a home run for the applicant at the GPTO (with an essentially unreasoned indication of allowability) is severly challenged at the EPO.

No indication from the EPO is available to date for the other two inventions. The second invention, which is the subject-matter of DE 945, is about sieve printing a side wall of the battery and sieve printing an electrode onto that side wall. See claim 1:

In a first office action, the GPTO held that this claim is not novel, and that only some dependent claims might be patentable. Yet, again, without any reasoning whatsoever with respect to non-obviousness. We shall see.

Finally, the third invention (which is the subject-matter of DE 946) is essentially about sieve-printing an electrode in two layers. See claim 1:

The GPTO held in a first office action that, again, only some dependent claims might be patentable. But, you guessed it: Without any reasoning whatsoever with respect to non-obviousness.

It will be interesting to follow the further course of proceedings at the GPTO and in particular at the EPO. I wonder: Is this patent family really what BLS believes to be a game-changer in battery production technology? Hail Mary!

Why not just suing them?

Before I came across the above-mentioned patent family, I seriously considered suing BLS to finally learn which patent(s) they refer to. I really did. My line of thinking was simple:

[a]ny person who issues or offers for sale his business papers, notices of any kind, products or goods bearing any other notice referring to patent protection must inform any third party on request of the number of the patent application or the patent to which the notice refers.

BLS obviously frustrated my substantive right to information. If Art. 12 PatA is not just empty words, there should be a meaningful way that a court orders BLS to comply with the law and tell me the number(s), right? At first glance, I even considered legal protection in a clear case as an option; Art. 257 CPC.

Oh man, if it only was that easy. I stopped short of actually drafting a complaint when I noticed in Schweizer/Zech – Jürg Simon, Art. 12 PatG, N 15 that according to common opinion the right to information under Art. 12 cannot be enforced at court (with reference inter alia to Blum/Pedrazzini, Patentrecht, Art. 12 N 8).

And, indeed, the situation is tricky:

For some reason, the legislator back in the days only considered situations where the one who is asking for information is a competitor who might be sued for infringement of the very same patent later; see the dispatch of the Federal Council of 1950. That’s not my concern. I simply want to re-consider my investment, taking into account the presumably ground-breaking and patented technology. I can’t.

If I didn’t have a job to do and more enjoyable opportunities to spend my money, I’d love to test the waters in court. But I have now swallowed my anger — after reguritating it with this post.

I am done with BLS. Want some shares? You can have mine.