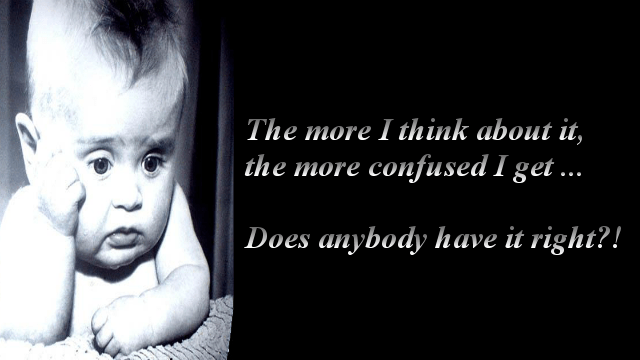 The assessment of accessibility is not to be confused with the assessment of inventiveness. Starting point for the assessment of accessibility is not the general state of the art, but the patent in suit. Therefore it is not to be assessed whether the replaced feature is inventive in view of the state of the art. It is rather to be assessed whether, starting from the teaching of the patent in suit, it is evident for the skilled person that the replaced feature has the same effect (r. 6.5.2.4).
(Clarification of the case law with respect to S2013_001, decision dated 21. März 2013)

The decision is a booklet of 82 pages and it will take me some more time to finish a post on all aspects of the decision. The main hearing took place on 14 September 2015; see this Blog here for some background information on the subject-matter at stake. But the highlight for sure is the headnote which is meant to clarify an important issue in the assessment of equivalence, i.e. the second question relating to accessibility (Auffindbarkeit). So I bring forward this part of the story.

The plain wording of the second question outlined in the hn of S2013_001 may well have caused some confusion. It reads as follows:

Are the replaced features and their objectively same function rendered obvious by the teaching of the patent to the person of skill in the art?

Obviousness is a word that practitioners readily associate with assessment of inventive step. In any event, the FPC has now clarified that this must not be mixed up. According to the hn, the following is to be assessed instead (in the official English translation of the hn):

Starting from the teaching of the patent in suit, is it evident for the skilled person that the replaced feature has the same effect?

In the German language of the proceedings, the relevant section of the hn reads as follows:

My first reaction was ‘Alright, got it, that’s the 2nd Schneidmesser question as applied in Germany, with mild Swiss tones.’ On a second thought, I do not think it is. It is a Urinal question. The reasons of the decision even make this clearer (r. 6.5.2.4, referred to in the hn; emphasis added):

It is to be determined whether, once the features are replaced, the same effect is evident for the person of skill in the art when objectively assessed in consideration of the teaching of the patent.

While the hn requires “starting from the teaching of the patent” (“ausgehend von der Lehre des Patents”), the reasons only take the teaching of the patent into consideration (“unter Berücksichtigung der Lehre des Patents”). But when doing what? In light of the reasons, this test compares two already given situations (one with the replaced/claimed feature and another one with the replacing feature) and only then asks whether the same effect is evident. To the contrary, the wording of the concise, yet finely chiselled second question in Germany is (see Schneidmesser I, BGH X ZR 168/00, r. 3a, emphasis added):

Was the person skilled in the art enabled by his expertise to find the modified means as having the same effect?

This clearly asks for the capability of the person of skill in the art to actually find the replacing means (in their capacity to have the same effect). Schneidmesser does not make a comparison of two already given scenarios and – only based theron – an assessment of whether or not the same effect is evident. And Prof. Dr. Meier-Beck (a member of the panel of judges that has issued the Schneidmesser decision) emphasizes that this is intentional:

This question is all about excluding those cases in which an inventive step was necessary to find the modified means as having the same effect. If that is the case, i.e. if the means having the same effect were not obvious to the person skilled in the art, they are outside the scope of the patent (BGH Oct. 24, 1986, Case No. X ZR 45/85, (Befestigungsvorrichtung [Fixing Device])). Because what the person skilled in the art is not able to find and to do based on the patent and helped by his or her knowledge in the art, is not to be granted to the patentee (BGH May 15, 1975, Case No. X ZR 35/72, (Ski-Absatzbefestigung [Ski Heel Attachment])). Else, the fundamental bargain underlying most patent regimes is violated — i.e. that a patent is an exclusive right granted for a limited period in exchange for certain technical teaching made available by the patentee to the public, by publication of the patent.

But let’s again have a look at the reasons of the decision S2013_001, r. 17.2: In light of various Supreme Court decisions (BGE 97 II 85, r. 1; BGE 125 III 29, r. 3b; BGE 115 II 490, r. 2a), it was held that it has to be asked whether the replacing means are rendered obvious by the teaching of the patent for the person of routine skill in art, “henceforth referred to as the second question” (“nachstehend als zweite Frage bezeichnet”). In the next paragraph, the second Schneidmesser question is recited and it was held, that this question equates with the aforementioned second question (“entspricht obiger zweiter Frage”). This is why I felt that the Swiss approach to the second question actually resembles Schneidmesser. With the reasons of the present decision at hand, I doubt that this is the case.

It may well be that the answers to the second Schneidmesser question and the Urinal question are the same in some situations. But in my perception this is not necessarily the case. Assume that the replacing feature is taken from a completely different field of technology. Once it is on the table, it may well be the case that the same effect is evident for the person of routine skill in the art, in consideration of the teaching of the patent. But would he ever have actually found it (not only as having the same effect, but maybe even at all)? I do not think that the Urinal question clearly addresses this. Instead, it seems to me that the Urinal question is more along the lines of the second Improver question in the U.K. ([1990] F.S.R. 181; Chancery Division (Patents Court), 16 May 1989), which reads as follows:

Would this (i.e. that the variant had no material effect) have been obvious at the date of publication of the patent to a reader skilled in the art?

I remain keen to learn how the Urinal question will henceforth be applied in practice.

Reported by Martin WILMING (to be cont’d)