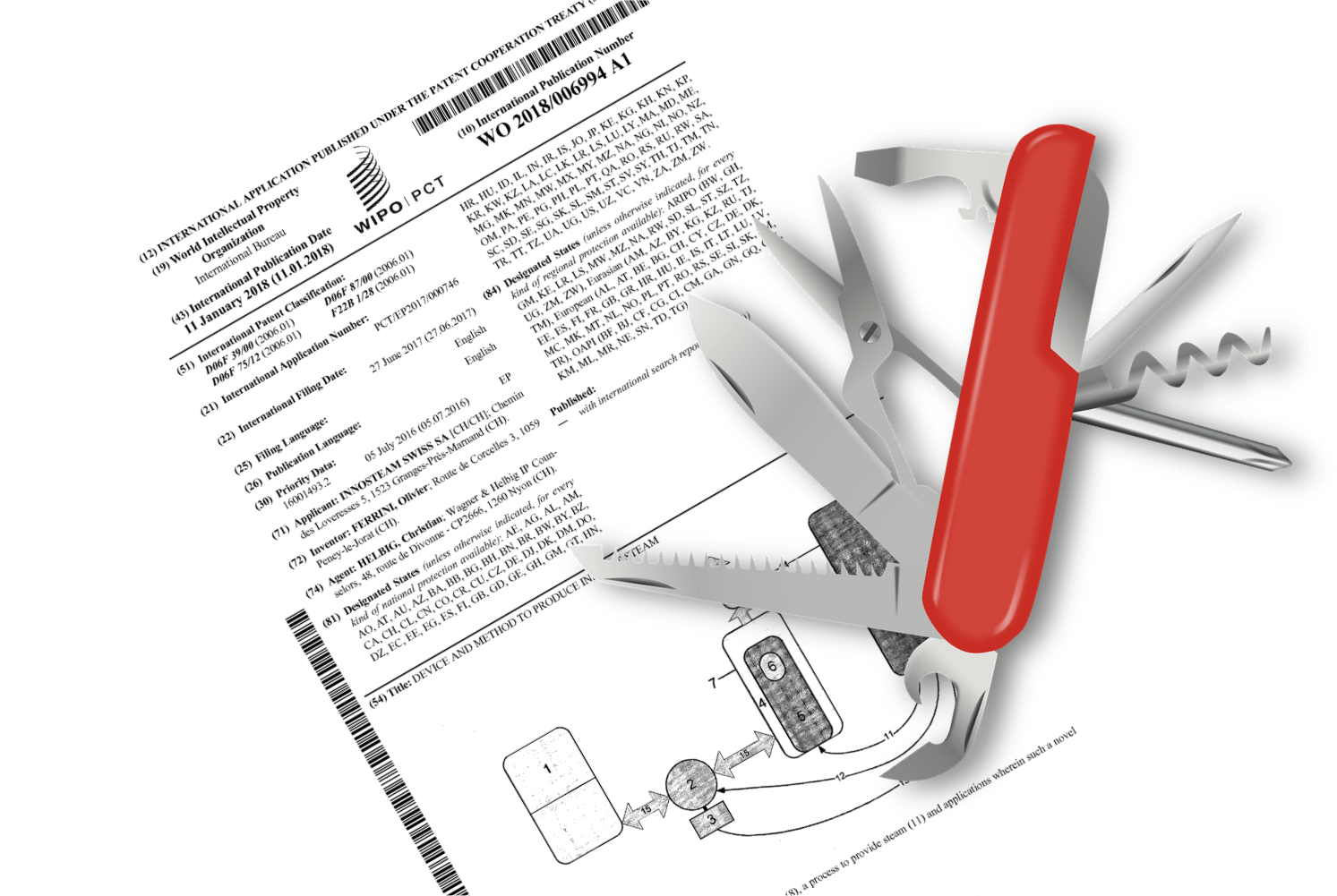 Laurastar and Innosteam are litigating about ownership of two PCT applications, i.e. WO 2018/006994 A1 and WO 2018/036653 A1; see the EPO Register here and here. The patent applications are about devices and methods for producing instant steam (WO’994) and instant hot water (WO’653), for use e.g. in devices for ironing.

We have reported on this Blog here about the provisional register ban that had been issued without hearing the defendant beforehand, and the subsequent hearing.

Plaintiff inter alia relied on the following document that was undisputedly created by Mr. Pasche during his employment with the plaintiff:

In a nutshell, the present decision maintains the register ban while main proceedings are pending, to sort out the ownership dispute. And this might turn out to be a tricky exercise: The decision provisionally holds that the subject-matter of

had likely already been invented by the two inventors when they had been employed by the plaintiff, in fulfilment of their contractual duties. Rights in these aspects would reside with the plaintiff; Art. 332(1) CO. The two PCT applications may thus have to be partially assigned to the plaintiff (Art. 29(1) PatA) — but only in main proceedings. This co-ownership would be kind of a forced marriage. If it doesn’t work out in practice and the parties get divorced, it will be hard to cut out and reshuffle the respective shares in the inventions.

Now, how to proceed with the two PCT applications in the meantime? They need to be nationalized in early 2019, and a decision in main proceedings is unlikely to be final by then. The decision unmistakably holds that it will be up to the plaintiff to decide how to best protect his interests in this respect:

It is clearly not possible to order the defendant to enter the national phases in all the contracting states of the PCT, as this could be prohibitive. It will be up to the plaintiff to decide how to safeguard its interests once the deadline for entry into the national phases approaches its end, which appears to be 5 January 2019 (for WO’994) and 24 February 2019 (for WO’653), respectively.

I am very much looking forward to see how this finally unfolds. The immanent time pressure requires some creativity to ensure that no rights in at least the most relevant designated states are lost.

On the procedural side, it is worthwile to note how the FPC dealt with a document that had been submitted by the defendant that contained additional technical data. The defendant requested that this information shall be considered by the court, but not being handed over to the plaintiff. The court held that either a redacted copy shall be submitted that can be provided to the plaintiff, or the defendant shall agree to have the unredacted version provided to the plaintiff’s attorney and patent attorney, for attorney’s-eyes-only and under threat of sanctions according to Art. 292 CC. The defendant chose to not agree to any of these options. Thus, the court did not take this additional document into account at all.

No appeal has been filed; the decision in summary proceedings has become final; main proceedings pending.

One Reply to “Laurastar ./. Innosteam: Register ban upheld, but what is next?”