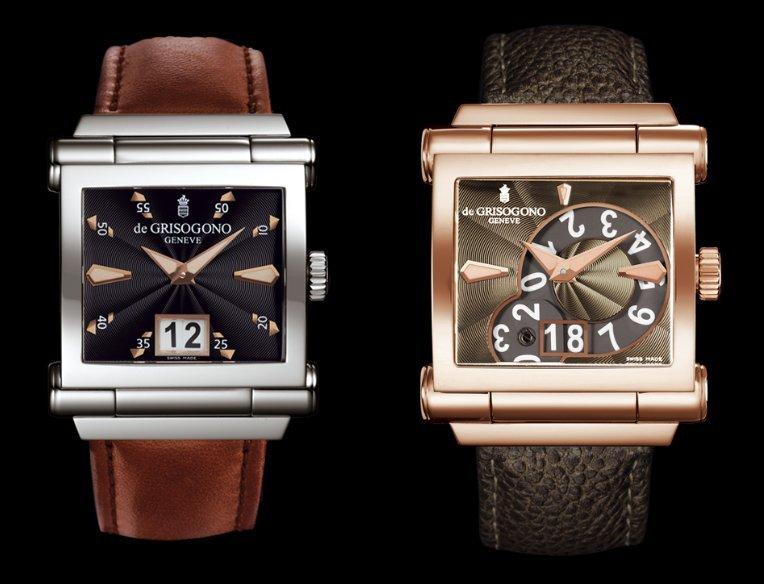 1.  Art. 72 PatA:
Request for an order to cease and desist a patent infringement.

For a request for an order to cease and desist a patent infringement to be admissible it must contain a detailed description of the incriminated act. This description must be sufficiently specific such that a purely factual examination is sufficient to determine whether an act is prohibited. A description which requires a legal qualification or the interpretation of ambiguous technical expressions is insufficient. A request for an order can therefore be limited to the wording of a patent claim only if the wording of the patent claim itself fulfils these requirements (r. 17).

2.  Art. 26 PatA; Art 8 CC:
Burden of allegation if a party raises a ground for nullity of a patent.

If a party raises a ground for nullity the assessment of which involves the skilled person [and] his common general knowledge, this party bears the corresponding burden of allegation, i.e. it must specifically name the skilled person (defined according to education and/or profession) and his common general knowledge (in particular the extent of the pertinent technical knowledge supposed to be known to him at the relevant date). If such a specific allegation is not put forward the ground for nullity will be dismissed (r. 19-20 and 31-32).

The loss of effect of the Swiss patent due to the existence of a European patent for the “same invention” with the same effective date according to Art. 125(1) PatA is subject to the condition that the same technical teaching is protected by the claims of both patents (r. 37).

Richemont International S.A. had sued De Grisogono S.A. for patent infringement before the Civil Court of the canton of Geneva on 15 July 2008. The defendant delivered his answer on 04 November 2008 (the year 2011 given in the decision on p.6 is evidently a typo), argued for non-infringment, lodged a counterclaim for nullity of the patent in suit and requested that the infringemenent action be held an act of unfair competition. As an auxilliary measure, the defendant requested to appoint an expert. With his reply of 30 January 2009, the plaintiff inter alia requested that three experts were to be appointed. The rejoinders were filed on 27 April 2009 (defendant) and 12 July 2009 (plaintiff), respectively.

The Civil Court of Geneva decided to transfer the case to the Federal Patent Court on 26 January 2012. The parties were invited on 23 October 2012 to comment on the two expert opinions. They filed their comments on 14 January 2013, and the plaintiff put the competence of the FPC into doubt. The main hearing took place on 05 November 2013 (extra muros in Fribourg).

The patent in suit is CH 695 712 A5 of Richemont International S.A.; for bibliographic details and legal status, see Swissreg. In brief, independent claim 1 pertains to a mechanism to display a date from two separate numbers, comprising

a first annulus (1) with a first set of digits and a toothing at its inner circumference to drive it;

For ease of reference, an illustrative figure and the original claim wording in French language is given below:

The mechanism can be best understood on the basis of Fig. 1-3 of CH 695 712 A5 (excerpts of which are given below) showing the sequence of a date switch:

An annotated picture of one of these watches had been filed by the plaintiff, for illustrative purposes:

4.  What has been decided

According to Art. 41 PatCA, the Federal Patent Court shall, where it is competent, adjudicate in cases that are pending before the cantonal courts, provided that the main hearing has not yet been held. The procedure of taking evidence had not yet been concluded, and no main hearing had taken place. Thus, the cantonal court referred the case to the FPC.

On the subject matter of the case, the competency of the FPC is evident (Art. 26 PatCA).

4.2  Wording of the requests

The wording of the request essentially recites the wording of the only independent claim 1 of the patent in suit. Don’t assume that this is typically the case. Formal requirements for such requests are harsh and sometimes difficult to meet in view of the decision 131 III 70 of the Supreme Court. For a request for an order to cease and desist a patent infringement to be admissible it must contain a detailed description of the incriminated act. This description must be sufficiently specific such that a purely factual examination is sufficient to determine whether an act is prohibited. A description which requires a legal qualification or the interpretation of ambiguous tehcnical expressions is insufficient. A request for an order can therefore be limited to the wording of a patent claim only if the wording of the patent claim itself fulfils these requirements. This was held to be the case here. (But beware: It is more an exception than the rule that recitation of the claim wording is sufficient.)

Besides the alleged infringment of CH 695 712 A5 (see 4.4, below), the FPC had to deal with validity issues since the defendant raised a counterclaim of invalidity (see 4.3.1 to 4.3.4, below). Note that Swiss patent applications are only formally examined but not on the merits, i.e. for novelty and inventive step. (A pre-examination on the merits had been introduced for certain inventions in the textile and watch industry with an amendment of the PatA in 1954, but this has been abolished again in 1996.)

The amendments carried out during prosecution are discussed in the decision on the basis of the claim wording with tracked changes: 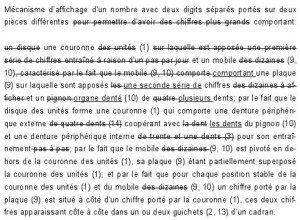 The defendant alleged a lack of novelty of the patent in suit over the following documents:

As can be concluded from Fig. 1 of the Valjoux patent (below, for ease of reference), the disk carrying the first series of digits (the upper disk in fig. 1) is not in the form of an annulus (couronne). Consequently, there is also no disclosure of an inner and outer toothing on the (missing) annulus. Novelty over the Valjoux patent was thus acknowledged.

Piguet discloses an annulus for the first series of digits, but without any outer toothing (but rather only two inner toothings). Moreover, the mobile (carrying the digits 0-3) is not is pivot-mounted outside of the annulus. Novelty over the Piguet patent was thus acknowledged. See Fig. 2 of the Piguet patent below, for ease of reference:

This piece of prior art was not alleged by the defendant in order to challenge novelty or inventive step (but rather only in the context of the alleged undue extension of subject matter). Nevertheless, ADDOR had discussed this document also for patentability issues — and the plaintiff did not object. Anyhow, novelty over the Jaeger-Le Coultre patent was acknowledged by the FPC: The mobile (carrying the digits 1-3) is not pivot-mounted outside of the annulus. Moreover, there is no outer toothing on the annulus that interacts with the toothing of the mobile. See Fig. 1 of the Jaeger-Le Coultre patent below, for ease of reference:

This document had not been relied on by either of the parties. ADDOR had identified it in a search which had not been authorized or instructed by the FPC. Even worse, he came up with this document only two months after he had initially provided his opinion. The plaintiff could have objected against consideration of this document, but did not do so. Anyhow, novelty over the Aichi Tokai Denki patent was acknowledged for essentially the same reasons as outlined for the Valjoux patent above: It does not disclose an annulus being driven by an inner toothing and interacting with a mobile by means of an outer toothing.

Unfortunately, I could not find a pdf of this document, but at least the figure given in the decision is shown below for illustration purposes:

The FPC assessed the inventive merit on the basis of the so-called problem-and-solution-approach (see EPO Guidelines for Examination, G-VII, 5). The objective technical problem to be solved was identified in a simplification of the mechanism and a reduction of the number of pieces (see paragraphs [0005] and [0006] of CH 695 712 A5). There was no apparent incentive for the person of routine skill in the art to arrive at the claimed invention in an obvious manner; thus, the could-would-approach failed and inventive step was acknowledged.

The plaintiff is also owner of EP 1 296 204 B1. The European application and the Swiss patent CH 695 712 A5 had been filed on one and the same day, with apparently the same documents. However, the resulting scope after prosecution was different in both cases (I did not yet make a detailed comparison of the claim wordings). Thus, the FPC held that both patents are not directed to the same invention and therefore Art. 125 PatA does not apply.

The primary counter-argument of the defendant was that the (let’s call it) structure 3 in the figure below was not an external toothing (“denture périphérique externe” in the original claim wording in French).

The ADDOR report provided the following illustration of the technical term tooth (dent; left side) and gudgeon (ergot; right side):

The FPC was not at all convinced that the so-called ergot was not a tooth. In fact, even in EP 1 612 628 B1 itself the structure 3 is referred to as a tooth (dent); see paragraph [0010]. The FPC held that also a single tooth constitutes a toothing according to the patent in suit.

The defendant was ordered to cease and desist from using the invention, and to report on the sales figures of the infringing devices within a deadline of 60 days. The counterclaims of the defendant were dismissed. The decision can be appealed within 30 days.