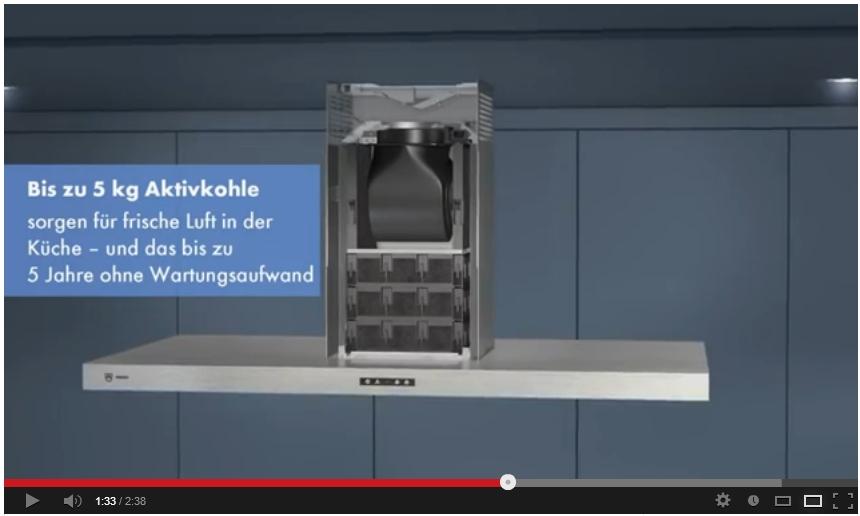 Advertising material of the allegedly infringing devices is depicted in detail (cf. p. 6 of the decision). Apparently, this is taken from the video Die neue Premira-Linie von V-ZUG, available e.g. on Youtube or directly at the website of V-ZUG:

Therefore, it is more than reasonable to assume that the defendant is V-ZUG AG or a connected undertaking.

The plaintiff had requested preliminary injunctive relief on 16 May 2013. Defendant filed his reply on 17 June 2013. The FPC served the plaintiff with this reply, but did not set a time limit for any further submission. In turn, the plaintiff requested to be given a formal opportunity to comment on the nullity arguments (based on 15 documents of prior art) presented by the defendant in case the FPC tended to rely on these facts and arguments.

Later on, the parties were given the opportunity to hand in the invoices for legal representation and assistance of a patent attorney, if any. Only the plaintiff submitted the respective invoices.

In summary proceedings, the standard of proof is reduced; only prima facie evidence needs to be presented (Art. 261(1) CPC; cf. also BGE 130 III 321 r. 3.3, BGE 132 III 83 r. 3.2 and BGE 103 II 287 r. 2). A reply and rejoinder is not mandatory in summary proceedings (cf. Art. 253 and 256 CPC). A party’s right to be heard would only be violated if a decision relied on facts and evidence presented by the other party without any opportunity to comment thereon. As discussed below, the decision in fact does not rely on such new facts but rather on a document already initially discussed by the plaintiff himself.

As a sidenote, the FPC again stressed that a time limit does not need to be formally set, anyhow. Instead, it is sufficient for the court to decide only after an adequate delay, in order to not contravene the other party’s mandatory right to comment on new facts and evidence (“unbedingtes Replikrecht”); cf. an earlier post in this respect.

Neither party had requested an expert opinion or a judge’s expert opinion (Art. 183(3) CPC, Art. 37(3) PatCA), and the FPC held that such an opinion indeed is not necessary. Instead, ordinary technical understanding was held sufficient (cf. BGE 4A.52/2008 r. 3.4).

Independent claim 1 of the patent in suit reads as follows:

Fig. 1 of the patent in suit is given below: 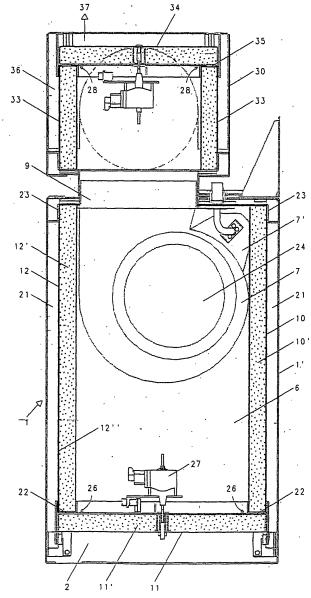 First, the FPC held that the request for preliminary injunctive relief presented by the plaintiff fulfilled the (formal) requirements to precisely define the allegedly infringing device.

On the merits of the case, only the characterising part of the claim given above was under dispute, both with respect to the alleged infringement and its presence in the prior art. In this respect, the construction of the feature

was at stake. Does this mean that the motor is fully enclosed, or is an at least partial enclosement by the absorption filter sufficient? It was beyond dispute that the motor of the allegedly infringing device was only partially enclosed (cf. screenshots above).

Even though the FPC expressed some sympathy for a construction of the term enclosed in a sense of at least partially enclosed, depending on the respective installation situation and in view of the prior art document EP 1 134 501 A1 (p. 2, col. 1, l.  3-5 and 14-19), this issue was left undecided. It was beyond dispute that the allegedly infringing device did not comprise absorption filters on two vertical sidewalls (cf. screenshots above). The motor is thus clearly not fully enclosed by the absorption filter. Thus, on the one hand, with the term enclosed being construed in a sense of fully enclosed, the claim was not infringed. On the other hand, the FPC held that a respective device with a motor being at least partially enclosed by the absorption filter was known from prior art document EP 1 134 501 A1. Being construed this way, the claim would thus not be valid.

Noteworthy, the plaintiff had discussed EP 1 134 501 A1 already in his initial request for interim measures, but the FPC did not follow the plaintiff’s arguments in favour of novelty and inventive step of the claimed subject matter over EP 1 134 501 A1.

5.  A personal remark on claim construction

Claim construction was a key issue in this case. In a nutshell, the pragmatic approach taken by the FPC was as follows:

Concluding, the FPC held that the plaintiff had not credibly shown that a valid claim is infringed. This works well in summary proceedings: This way, it needs not to be decided on the construction of a specific term (here: enclosed) that is understood differently by the parties.

However, this must not be mixed up with the (frequently seen, but — in my personal opinion — plainly wrong) approach to construe a claim such that it is / remains valid (once called rechtserhaltende Auslegung):

The feature […] is to be construed as X, since otherwise — i.e., if construed as Y — the claim would not be valid.

Even though the prior art may well be used for the assessment of the general understanding of the person of routine skill in the art, one must not be led by an intention to construe the claim in a way that it remains valid.