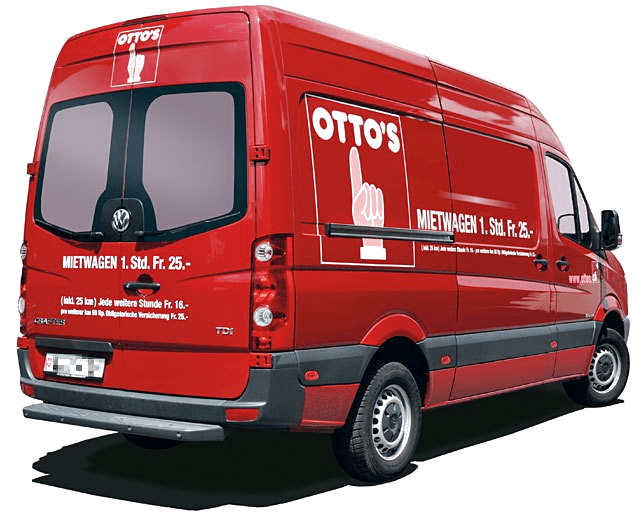 No patent case this time. But if you are more broadly interested in IP in general, and in trademark and unfair competition issues in particular, then this post is for you!

The German Otto Group and the Swiss retailer Otto’s are fighting over Geman Otto’s right to use the trademark ‘OTTO’ for distant selling over the internet in Switzerland.

First, let’s get the setup straight:

Otto’s AG is a well-known Swiss retailer that has been founded in 1978. To avoid any genitive issues in the following, I will just refer to it as the Swiss Otto, vis-à-vis the German Otto. To the best of my knowledge, the Swiss Otto is only active in Switzerland, with currently more than 2’000 employees and about 100 stores. The Swiss Otto generated an overall turnover of about CHF 649M in 2015.

E-commerce and distant selling currently only account for 1-2% of Swiss Otto’s turnover, but still it is considered of ‘high strategic value’.

The Otto Group, or Otto GmbH & Co KG (formerly Otto Versand), is based in Hamburg (Germany) and is widely known as a distant selling company. Purportedly, it is currently the world’s second biggest e-commerce group of companies.

The German Otto had entered the Swiss market in 1996 with the takeover of Jelmoli Versand AG, still trading as jelmoli-shop.ch. German Otto’s further online businesses in Switzerland include quelle.ch and ackermann.ch. All these online businesses in Switzerland account for a combined annual turnover of 400M. However, the brand OTTO had never been used in Switzerland; the URLs otto-shop.ch (Whois), otto-versand.ch (Whois) and ottoversand.ch (Whois) currently redirect to jelmoli-shop.ch.

The German Otto approached the Swiss Otto in September 2016 and indicated the intention to use its brand OTTO on the Swiss market in connection with distant selling over the internet, and that a friendly co-existence  with the Swiss Otto should be possible; see ¶4.1.4 of the first instance decision:

Swiss Otto did not agree, but rather suggested that the German Otto could use its German TLD also for the Swiss market, i.e. otto.de/ch (currently resulting in a 404 errror message; last checked 05 April 2018). That was apparently not acceptable for the German Otto, and he indicated to enter the Swiss market with the URL otto-shop.ch most likely in the second half-year of 2017. This is also in accordance with reports e.g. here and here.

At that point, the Swiss Otto could obviously no longer agree with German Otto’s well-known slogan:

Swiss Otto filed his writ on 7 April 2017 with the Cantonal Court Lucerne, together with a request for interim measures provisionally prohibiting German Otto’s use of ‘OTTO’ or ‘OTTO-VERSAND’ in connection with distant selling in Switzerland.

The currently available judgments of the Cantonal Court Lucerne and the Supreme Court only relate to the requested interim measures. Main proceedings are most likely still pending.

It was apparently beyond dispute that the assortments of goods, ways of sales promotion and price levels are at least partly similar. Moreover, the websites show some similarities, e.g. in terms of navigation and the red color:

The German Otto undisputedly has the older trademarks in Switzerland. Still, it did never actively use these trademarks. The Swiss Otto did. With reference to the decision BGE 129 III 353 (¶ 3.3) of the Supreme Court, the Cantonal Court Lucerne held that the owner of a trademark may well be bared from actually using the trademark under certain conditions, based on the Unfair Competition Act.

Reverting to the aspect of potentially unfair competition, the decision provisionally holds that a risk of confusion of the two trademarks is given. Further, Swiss Otto appears to have a market position worthy of protection. In sum, Swiss Otto’s prospects for the case under Art. 3(1) lit. d UCA appeared prima facie reasonably promising.

The court held that there is a threat of an irreparable harm for the Swiss Otto if the interim measures were not issued. On the contrary, it did not appear of much relevance for the German Otto to just wait a little longer before actively using his trademark OTTO in Switzerland and to rely instead on his other brands while main proceedings are still pending – as he did so all along.  Urgency was apparent, in view of German Otto’s  announced market entry.

Thus, the German Otto was provisionally ordered to abstain from distant selling in Switzerland with the trademarks OTTO or OTTO-VERSAND.

The first instance judgement explicitly points to the following issues that need to be assessed in further detail in main proceedings:

i)   Do Swiss Otto’s trademarks also cover distant selling over the internet?

This has provisionally been answered in the affirmative, but note that only German Otto’s trademarks of 1994 explicitly recite such services in class 42; see above.

The decision provisionally holds that this is definitely not unlikely (‘jedenfalls nicht unwahrscheinlich’).

iii)   The Agreement between Germany and Switzerland

The Agreement of 1894 between Germany and Switzerland essentially concerns a reciprocal recognition of the use of a trademark in the home country also for the respective other country. But does this legal fiction of a use in Switzerland also provide sufficient basis for a use-based defense? This remains to be seen in main proceedings.

The German Otto lodged an appeal to the Supreme Court, inter alia alleging a formal denial of justice by deferring the assessment of the agreement between Germany and Switzerland to main proceedings, even though this legal aspect of the case was allegedly simple and easily comprehensible (‘einfach und leicht verständlich’). The Supreme Court did not agree, in particular with reference to the judgment C-445/12 P of the European Court of Justice that also dealt with aspects of the legal scope of this Agreement.

Yet further grounds of appeal, such as arbitrariness, were of no avail, either. The appeal was dismissed.

The German Otto has older trademark rights in Switzerland than the Swiss Otto, but never actually used them on the Swiss market. The Lucerne Cantonal Court issued interim measures based on the Unfair Competition Act and ordered the German Otto to abstain from using his trademarks OTTO and OTTO-VERSAND in Switzerland while main proceedings are still pending. An appeal was dismissed by the Supreme Court. Outcome in main proceedings needs to awaited.

One Reply to “Clash of the Ottos”