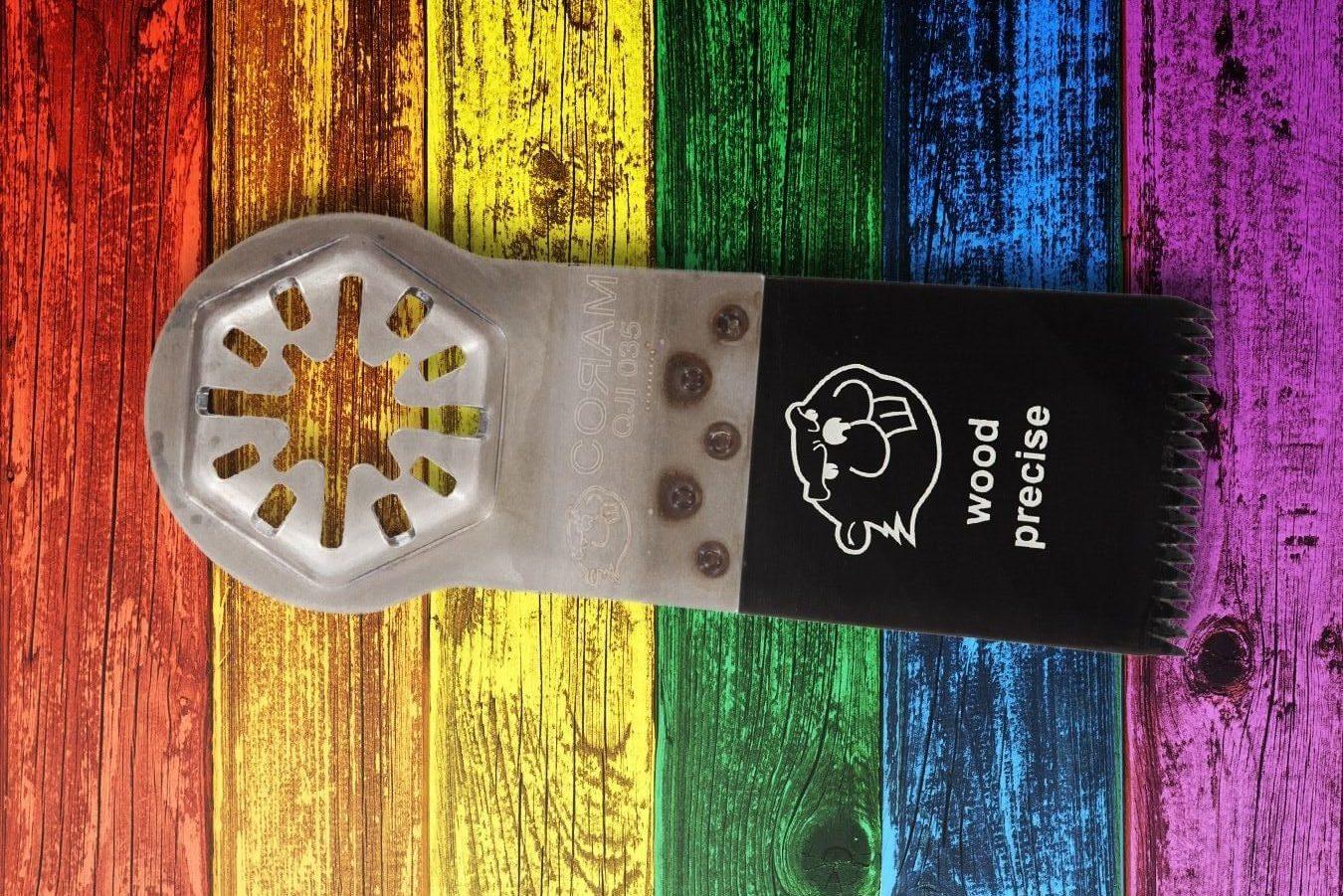 The patent at stake is EP 3 027 362 B1 which is jointly owned by C&E Fein GmbH and Robert Bosch GmbH; see the EPO Register and Swissreg for further information.

For some background information about the subject-matter at stake, please have a look at the comments concerning earlier summary proceedings between the same parties on this Blog here.

The patent in suit

In brief, the invention is about a tool which is intended to be used with a machine, in particular a hand guided machine. The machine has a rotational drive, e.g. an oscillating drive.

In simple terms, it’s all about a somewhat special attachment device that transfers a torque from the driving device to the machine tool. It’s a 3D fitting; see e.g. Fein’s various Starlock® tools:

The plaintiffs assert that EP 362 (more precisely, the combination of independent claim 1 with dependent claims 13, 8, 3, 7 and 4) is infringed by Coram’s saw blades ‘B-Cut’ with ‘Quick Fixture’:

Grab and rotate the tool, to get an idea of
how ‘gugelhupfig’ the attachment device is …

I understood from the pleadings that a mishap might have occured when the plaintiffs ‘limited’ EP 362 inter partes with the reply, i.e. when inter alia claim 13 was combined with claim 1. The relevant feature of claim 13 reads as follows (emphasis added):

It appears that claim 1 as limited inter partes now specifies that the attachment device comprises 4 or more and 32 or less driving area regions — but the feature of ‘an even number of driving regions’ got lost. Or has it been intentionally omitted? This is where the parties dissent. Plaintiffs argued that it cannot have been intended to delete the ‘even number’ when interpreting the request in good faith. In particular, the deletion was obviously irrelevant for validity and infringement. On the contrary, defendant argued that the deletion itself had been made intentionally (in mark-up and recited in the reply, maybe to block work-arounds with an odd number of driving area regions), but plaintiffs simply do not want to bear the consequences:

Some further amendments were discussed re allowability. I will not discuss them all here, but I found one discussion concerning ranges particularly interesting. I understood from the pleadings that plaintiffs have formed ranges from the separate lists of upper and lower limits given in the claims (most likely former dependent claims 4 and/or 7). The case law of the EPO’s Boards of Appeal typically allows for some re-shuffling of limits from interrelated ranges. But this is not necessarily the case when there are only separate lists of lower limits and upper limits; see e.g. T 1919/11 (r. 2.2.2) where a combination of lower and upper limits from separate lists in two consecutive sentences of the specification was held unallowable.

I am not sure where the President’s intervention was heading to. Does it make a difference if such a disclosure is not in the specification (as in T 1919/11) but rather in the claims? I don’t think it should. Allowability of amendments is all about clear and unambiguous disclosure of a (combination of) feature(s) in the application as filed — no matter, where. (Okay, leaving the abstract aside.) Scope of the claims as filed cannot matter. If it did matter, one could also narrow down an initially claimed genus (e.g. metal) to an initially undisclosed species (e.g. copper): Of course one would have expected to infringe a ‘metal claim’ when using copper. But one would not have expected that copper could specifically be claimed out of the blue, and that one would eventually need to invalidate a claim directed to copper.

Oral proceedings in co-pending opposition proceedings are scheduled for 12 October 2021. The claims currently on file with the EPO were held to be not allowable in the preliminary opinion of the OD. But I understand that these claims are not (yet) the ones that are on file in proceedings at the FPC; the final date for submissions in EPO proceedings is 12 August 2021.

At the end of the hearing, the President mentioned that a decision can be expected only after judicial vacations (i.e. after 15 August 2021) but very likely before 12 October 2021.